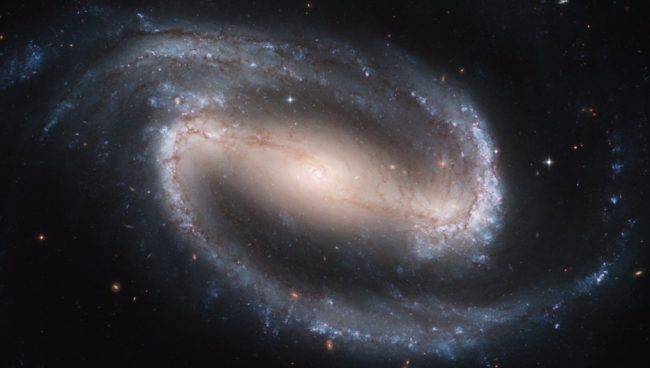 According to scientific calculations, they estimate that we share our Milky Way galaxy with least 36 active, communicating intelligent civilizations. Unfortunately, we may never be able to know if they exist or not because of time and distance.

In 1961, astrophysicist Frank Drake developed the Drake equation which makes these calculations possible. The study acknowledged that the equation 'in principle can be used to calculate how many Communicating Extra-Terrestrial Intelligent (CETI) civilizations there may be in the Galaxy.' Yet, with several unknowable terms in the Drake equation, additional methods are needed to calculate how many CETIs there might be.

A team from the University of Nottingham created their own calculations in a new study. Astrophysics Professor Christopher Conselice said that the main difference between their new calculations and Drake's equation is that they made 'very simple assumptions about how life developed.'

'One of them is that life forms in a scientific way - that is if the right conditions are met then life will form. This avoids impossible to answer questions such as 'what fraction of planets in a habitable zone of a star will form life?' and 'what fraction of life will evolve into intelligent life?' as these are not answerable until we actually detect life, which we have not yet done,' said Conselice.

Calculations include the ages of stars and the history of their formation, their metal content, and the likelihood of the Galaxy hosting other life-habituated planets like Earth. A habitable zone is determined by a proper distance from a star, enabling life forms to live in reasonable temperatures.

The team assumes that the 36 civilizations were birthed with life in the same way that it happens on Earth, inferring that the metal content from these planets' host stars is the same from our Sun. Conselice adds that the strong limit 'allows intelligent life to form within a billion years after it did on Earth, which seems like plenty of time.'

It's also possible that these distant lifeforms are telling us they exist via signals. In February, space experts reported that there had been fast radio bursts (FRBs) of radio waves in space. The Canadian Hydrogen Intensity Mapping Experiment/Fast Radio Burst Project collaboration detected an average of signals releasing short, energetic bursts every 16 days from September 2018 to October 2019. Those who discovered this pattern believe that it's source is a neutron star and OB-type star binary system, the smallest stars in the universe from supernovae.

Conselice and his team calculated an average distance of 17,000 light-years between these planets. It is currently impossible to send communications or detect their signals with current technology. Sending a message would take several lifetimes, leading the team to ask if the distant civilizations measure lifetimes as Earth does. The research 'suggests that searches for extraterrestrial intelligent civilizations not only reveals the existence of how life forms, but also gives us clues for how long our own civilization will last,' said Conselice.

Read Also: Scientists Identified Rapidly-Flickering Signal from the Heart of the Milky Way Galaxy Blinking at our Direction