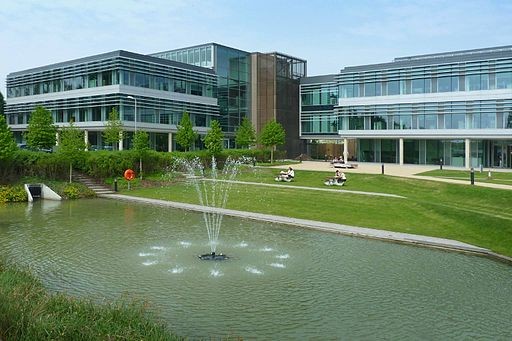 Science parks have triggered some of the best scientific advances of our era. Since they are generally built for the purpose of making scientific research programs more efficient and effective, a lot of great things have come out of science parks across the country.

The Oxford Science Park, as the name suggests, is owned by the University of Oxford, more specifically, Magdalen College, the oldest and biggest college of Oxford. The Oxford Science Park is home to more than 70 companies that focus on high-tech and advanced research programs. It provides the perfect environment for innovation.

The Oxford Science Park is open to tenants that are pushing for creativity and innovation. It is also noted as the most influential science park in the country - and in the world - and it is now hosting tech start-ups, biotech companies, and healthcare research programs. The science park is large enough to house key facilities too.

You will see top names like British American Tobacco and Bayer running their primary R&D programs from this site. In fact, there are more than 100 companies conducting research and operations from the Cambridge Science Park. Even foreign companies like Huawei are utilising the facilities at Cambridge to push the envelope.

Southampton Science Park, as the name suggests, is hosted by the University of Southampton. It is one of the most modern science parks in the world, with research programs in telecommunications, satellite navigation, and healthcare being conducted from this gigantic site. The modern facilities certainly help tenants be efficient with their research programs.

Uni Compare has a page on the University of Southampton, which details life at the university and in the surrounding areas. It is now one of the most searched universities in the UK based on data from Uni Compare, mainly because the university also hosts the best science degree programs and offers students access to top-notch degrees.

What's interesting about the Exeter Science Park is its modern facilities. It has an abundance of resources for tenants to utilise, including state-of-the-art research labs, modern office complex, and other amenities designed to bring new technologies to the world. Most research programs hosted here are focusing on medicine and manufacturing.

The most interesting research programs found here focus on nanotechnologies. Experts believe that the research programs currently being conducted at Liverpool Science Park will reshape how we see the world for years to come. Expect to see great announcements and research results coming from this science park.

The last science park on our list is rather unique. The Future Space at UWE is among the youngest science parks in the country, but it has since put itself on the map because of its support for robotics and automation research programs. Future Space also makes its research community accessible to more stakeholders.

Designed from the ground up to handle high-tech research programs, Future Space at UWE was where advancements such as better transportation modelling system and advanced AI-powered robots originated from. The facilities are designed to help researchers acquire what they need to bring advanced technologies to the masses.

These are the top UK science parks that you can visit. They are all supported by the best universities in the country too. If you want to be a part of research programs that bring humanity forward, deciding to join any of these universities is easy to do.