Probiotics are food or supplements known to have positive effects on the guts. A new medical review has said that it could also ease symptoms of anxiety and depression.

An analysis of mental health participants across seven studies by the scientists from the University of Brighton revealed that taking probiotics with or without prebiotics was linked to a "measurable reduction in depression," Yahoo! Sports reports. 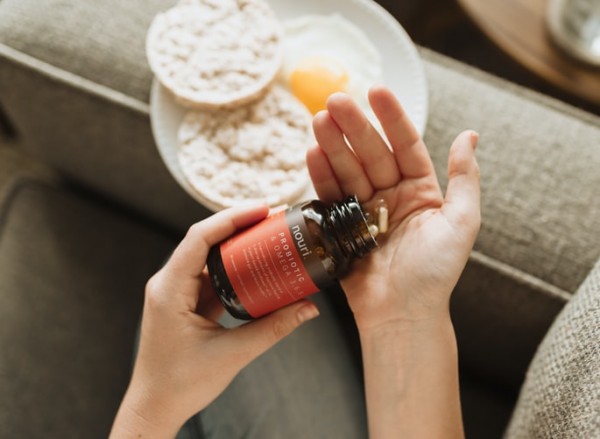 (Photo : Unsplash)
Probiotics are food or supplements that is known to have positive effects in the guts. A new medical review has said that it could also ease symptoms of anxiety and depression.

"This is good quality research, but it is a review of relatively preliminary data," says Allan Young, a mood disorder professor at the Institute of Psychiatry, Psychology & Neuroscience at King's College London.

Young, who was not involved in the review, emphasized that more research is still needed, although research literature supports the notion that pre and probiotics may help people with anxiety and depression.

Probiotics and its health benefits

Prebiotics are the fiber that the human body cannot digest but serve as food for probiotics, which are living microorganisms like bacteria and yeast. Both prebiotics and probiotics support helpful bacteria and other organisms in the gut.

These can be taken as a supplement or can be naturally found in high levels in onions, garlic, and leeks. The relationship between the mind and the bacteria that inhabit the digestive tract is increasingly coming to light with regards to boosting a person's mood.

However, not everyone is impressed with the discovery. Other experts stress that the studies were of mixed quality and that probiotics shall only be taken as "complementary to standard treatments."

Read also: Probiotic Bacteria Like Those Found in Yoghurt Can Boost Coral Health in the Great Barrier Reef: Study

Brighton scientists looked at 71 studies from 2003 to 2019, but only seven were deemed robust enough to be included in the systematic review. They published their results in the journal BMJ Nutrition, Prevention & Health.

Their findings revealed that every study found either a significant fall or improvement in anxiety symptoms or "clinically relevant changes in biochemical measures of anxiety and or depression" after using probiotics.

They investigated 12 probiotic strains, 11 of which were found to have benefits. Although it is still unclear, probiotics may reduce the production of cytokines, an inflammatory chemical that could boost mental health.

Furthermore, probiotics can also regulate tryptophan, a chemical that is believed to be involved in the gut-brain axis in psychiatric disorders.

According to scientists, patients with depression and anxiety often have irritable bowel syndrome (IBS), which could mean that taking probiotics may hit more than one bird. It may directly improve depression or might beneficially impact a patient's experience of the common mental disorder by alleviating additional comorbidities.

Moreover, Brighton scientists said that the studies they analyzed were small and did not last long. Therefore, it is unclear whether taking probiotics for depression is beneficial in the long-term or may have side effects. However, based on the results, it is worth investigating further.

The scientists wrote in their paper: "Purely from the information gathered for this review, it is valid to suggest that, for patients with clinically recognized depression: isolate, or adjuvant prebiotic therapy is unlikely to affect an individual's experience of their condition in a quantitatively evident way."

Read More: Psychotherapist Reveals How Easing of Restrictions Could Lead People to Feel Anxious and Overwhelmed