Some neurological problems are a cause of neuroinflammation which may eventually develop into Alzheimer's disease, Parkinson's disease, and the like. Members from the Chatterjee's Environment Health & Disease Laboratory determined how the adipokine Lipocalin-2, a type of secretory protein that helps regulate glucose and lipid metabolism, is the link between the metabolic and neurological diseases.

Metabolic-associated fatty liver disease is a common condition around the world and predominantly in the West, affecting up to 25% of Americans. Liver disease is an illness that is discovered during its late-stage where damage may progress into cirrhosis or scarring of the liver.

Despite the illness being common, many remain unaware of their condition. Even with available medication and therapies, there is no definite cure to liver disease and very few can receive a liver transplant.

The research delved into years of research that connected the liver and the gut microbiome with the rest of the body in search of which factors result in metabolic syndrome, obesity, and liver disease. How Lipocalin-2 induces neuroinflammation as a direct result of MAFLD was explained by the team.

"Lipocalin 2 is one of the important mediators exclusively produced in the liver and circulated throughout the body among those who have nonalcoholic steatohepatitis--or NASH--which is a more advanced form of MAFLD." Chatterjee said.

"The research is immensely significant because MAFLD patients have been shown to develop Alzheimer's and Parkinson's-like symptoms as older adults. Scientists can use these results to advance our knowledge in neuroinflammatory complications in MAFLD and develop appropriate treatments."

The Centers for Disease Control and Prevention (CDC) state that 90% of obese people as well as up to 70% of type 2 diabetics have MAFLD, meaning that lipocalin 2 is found in their system with increased levels. The circulation of excess lipocalin 2 in the body induces brain inflammation.

Read Also: The Chances of Getting Liver Cirrhosis Can Now Be Predicted via Blood Test 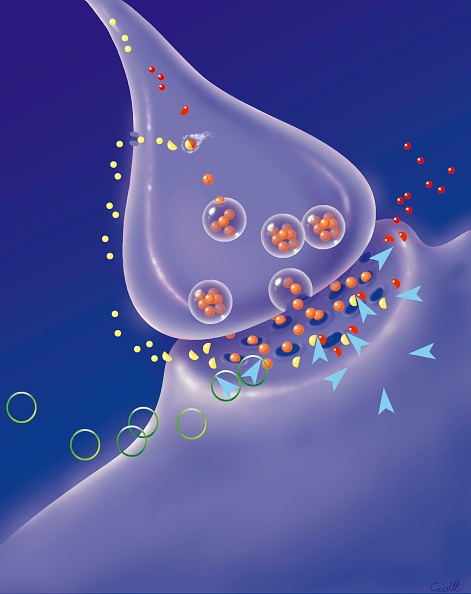 "Chronic neuroinflammation is a critical element in the onset and progression of neurodegenerative diseases, including Alzheimer's disease," said Prakash Nagarkatti of the University of South Carolina.

This explains why MAFLD patients have subtle cognitive dysfunctions such as visuospatial problems. Moreover, liver damage accelerates central nervous system problems because of an imbalance of protein activity in the brain.

Chatterjee shared, "Our study may help design new therapeutic approaches to counter the neuroinflammatory pathology in NASH, [ or Nonalcoholic steatohepatitis], but also in other related brain pathology associated with chronic inflammatory diseases."

A clearer connection between the liver and brain activity can help in the development of protein-targeting drugs as well as therapies and lifestyle regiments necessary for recovery from non-alcoholic fatty liver disease and to prevent Alzheimer's disease.