A recent study suggests that Indian vendors along the streets of Hyderabad, the capital of southern India's Telangana state, are being denied the "right to shade" under trees. The findings of the study were published in the journal Landscape and Urban Planning in July 2020.

The study was an inclusion of research by Azim Premji University's Centre for Climate Change and Sustainability. It aimed to understand the urban stability in different cities in India using combined social justice and ecology perspectives.

According to the researchers, trees in urban cities play a vital role in giving off a comfortable work environment for the city's outdoor traders. Furthermore, they said that the urban poor's food security would be under threat if access to local street vendors were cut, as redevelopments were slowly displacing them.

Sukanya Basu, one of the authors of the study, says that through multiple studies, it is evident that urban trees indeed provide substantial ecosystem services to cities across the world.

When it comes to workers toiling under the sun's heat, it is evident that street vendors are one of the groups being identified, says Basu. She adds that the vendors are most dependent on street trees to shade them from the sun's wrath.

However, she says the needs of these people were not taken into account. She also explains that they could not find any literature that explores their connection with trees.

The team purposely chose the city of Hyderabad due to its extremely hot climate. They found that the temperature made it especially difficult for street vendors to function outdoors.

According to the study's findings, street vendors were highly dependent on street trees. However, their dependency was not only limited to shade but also had implications on their emotional and spiritual well-being.

In the study, the researchers found that the accessibility to street trees was being restricted for several reasons. First, trees present on the streets were only limited in number. Some fell as a result of natural disasters, while others were taken down for road-widening purposes.

Second, they were able to determine that there was uneven segregation of trees within the city. Finally, privatization, gentrification, and redevelopment of urban spaces have caused the displacement of vendors from the streets. 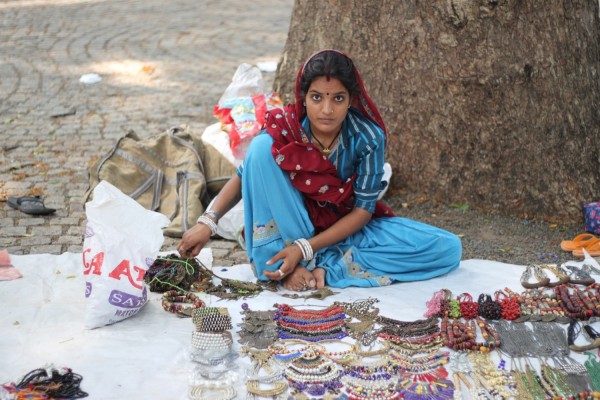 According to Basu, street vendors play a compelling yet underrecognized role in the city streets. They provide basic security like food, clothing, and other essential products necessary for the urban poor and the rest of the city.

She says they play a vital role in shaping urban street culture. However, sadly, visions of "sustainable cities" exclude them in their perceptions. Basu says policymakers and town planners need to include all voices in planning.

Furthermore, she urges policymakers to consider and understand the dependencies of street vendors. By perceiving the vulnerabilities of their daily life, they could reframe the nature of access to public spaces across cities in India.

Lastly, she concludes that the redevelopment, beautification projects, and landscape designing cannot be done at the expense of groups like street vendors. These groups of people are not only marginalized, but they also play a vital role in shaping the economy and street culture of cities.