Drug-Resistant Bacteria Can Be Identified by Newly Developed PARGT Software

When scientists and pharmaceutical companies create bacteria-targeting drugs or antibiotics, it involves reverse-engineering the bacteria to discover its limits of being drug-resistant. But recently, a team from Washington State University developed a software tool they call PARGT to identify drug-resistant bacteria genes.

Among the top five deadly bacteria is Clostridioides difficile, which causes an inflammation of the colon or colitis and diarrhea. In 2017, 223,900 cases were recorded in the U.S. with around 12,800 deaths.

In efforts to reduce the spread of infection and deaths from antibiotic-resistant bacteria, a collaboration between Washington State University's School of Electrical Engineering and Computer Science and School for Global Animal Health designed an easy-to-use software to identify deadly bacteria.

The genetic breakdown of bacteria reveals how they evolve or acquire genes that produce drug-resistant behavior, called antimicrobial resistance (AMR). Staphylococcus (staph infections) and streptococcus (strep infections) bacteria have continuously evolved to resist medication. These make infections such as tuberculosis, pneumonia, scarlet fever, and many other associated illnesses difficult to treat.

Even worse, bacteria continue to evolve while scientists have not developed a new antibiotic in the last 30 years. Antibiotic treatments have become increasingly limited as a result.

Antimicrobial resistance (AMR) occurs when the genes of bacteria evolve to contain coding which signals drug resistance mechanisms. Staph or strep infections or diseases are bacteria that cause tuberculosis and pneumonia which have developed drug-resistant strains that make them increasingly difficult and sometimes impossible to treat.

Dr. Abu Sayed Chowdhury, a computer science graduate said, "We need to develop tools to easily and efficiently predict antimicrobial resistance that increasingly threatens health and livelihoods around the world."

With genetic studies advancing greatly in recent years, the team can observe the environment where AMR genes thrive. They can assess how microbes in the soil and water make their way to infecting people. 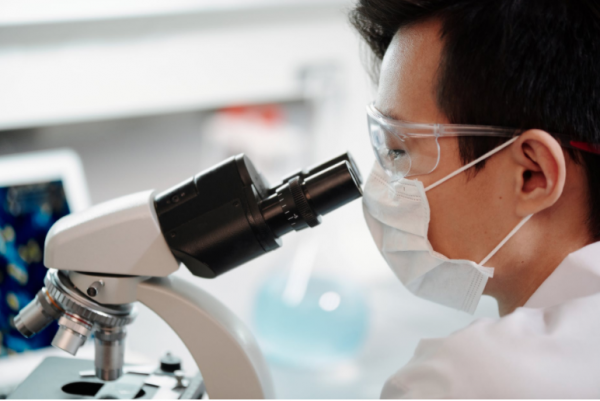 In the study, they were able to identify genetic sequences closely associated with AMR-resistant genes, yet were unable to target unique and specific proteins for sequencing. Their PARGT machine contains an algorithm that uses AMR proteins to identify entire AMR genetic structures using game theory, a strategy used by game players.

"Our software can be employed to analyze metagenomic data in greater depth than would be achieved by simple sequence matching algorithms," Chowdhury said. "This can be an important tool to identify novel antimicrobial resistance genes that eventually could become clinically important."

"The virtue of this program is that we can actually detect AMR in newly sequenced genomes," said Shira Broschat from the university's School of Electrical Engineering and Computer Science. "It's a way of identifying AMR genes and their prevalence that might not otherwise have been found. That's really important."

As a result, the team tracked interactions between genetic material, such as its composition and physicochemical properties. They were able to identify antibiotic-resistant genes of Staphylococcus, Streptococcus, Clostridium, Enterococcus, and Listeria with 90% accuracy.

The PARGT software can be easily downloaded by other scientists and other antibiotic drug developers. As more bacteria genetic sequences are discovered, the software will continue to be updated and improved. Broschat said, "you can bootstrap and improve the software as more positive data becomes available."