While millions of people transitioned into a homeworker due to the coronavirus pandemic, researchers at the University of Liverpool worked on creating the ideal employee. Formerly used in car factories, a robot by KUKA was reprogrammed to conduct laboratory experiments during lockdown. 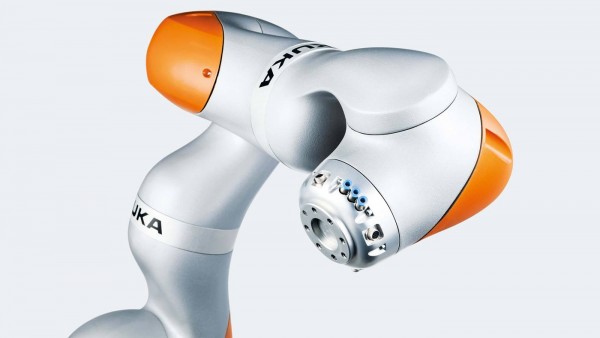 'Doesn't get bored, doesn't get tired. Works around the clock; doesn't need holidays. Doesn't get drunk, doesn't get hangovers on a Saturday' - the intelligent machine is a self-learning robot. Professor Andy Cooper and his team are happy that their research was continued despite lockdown restrictions.

While the robot did repetitive-action jobs, Benjamin Burger and the other scientists were able to focus on innovation and new solutions, he shared. The robot would test samples and conduct various experiments in the lab.

Being significantly efficient, it could manage 700 experiments in a single week. That's the same amount a student at the university would complete throughout their doctorate degree.

As a self-learner, the robot would learn from its results and simultaneously refine experiments as it progresses. Scientific discoveries were being made 'a thousand times faster.'

The Liverpool scientists focused on coronavirus while the robot worked on experiments regarding solar cells. Cooper shared that, 'COVID, climate change - there are lots of problems that really need international co-operation. So our vision is we might have robots like this all across the world connected by a centralized brain which can be anywhere.'

Moreover, robots are being developed to conduct experiments too risky for humans. In space, NASA has enabled several robots to make repairs outside the International Space Station.

Back on Earth with the coronavirus pandemic still at hand, scientists have developed robots that take swab tests. This enables health workers to avoid unnecessary exposure to people who may test positive for the virus.

For now, the robot continues to work with experiments involving sample collection and placement in several kinds of equipment with its arms. Burger described a vision of the future involving robots with a central artificial intelligence brain in laboratories all over the world.

Deirdre Black from the Royal Society of Chemistry (RSC), where a news report about AI and supercomputers for scientific discoveries was recently published, said, 'This is about human beings harnessing all of these digital technologies so that they can go faster.'

Tom Welton, the president of the RSC, said, 'the future of chemistry is resilient, digitally enhanced, multidisciplinary and globally connected. Digital technologies will enable chemical sciences researchers to see further and go faster, working seamlessly across disciplinary and international boundaries. Having tools such as these at our disposal will herald in a new era of discovery, and one which promises to deliver bigger and more significant improvements to the world we live in.'

Robots can 'discover and innovate faster and explore bigger and more complex problems, like decarbonization, preventing and treating disease, and making our air cleaner,' she continued.
Cooper explained how the robots are able to work 24/7 as valuable tools for scientific work. 'The biggest opportunities are to find reactions, materials, and technologies that we simply wouldn't find without using these methods.'