By 2024, The National Aeronautics and Space Administration (NASA) will land its astronauts around the Moon's South Pole-Aitken Basin. This will be the first time for astronauts to walk on the lunar surface since the Apollo Era. NASA is busy preparing right now for that mission and for their plan on 2028 to establish the Lunar Gateway and Lunar Base Camp.

The 2028 project will facilitate long-term lunar expeditions as well as missions to Mars. Due to this, it will need to figure out a lot of things beforehand, such as seeing to the needs of the astronauts while they are on their missions. 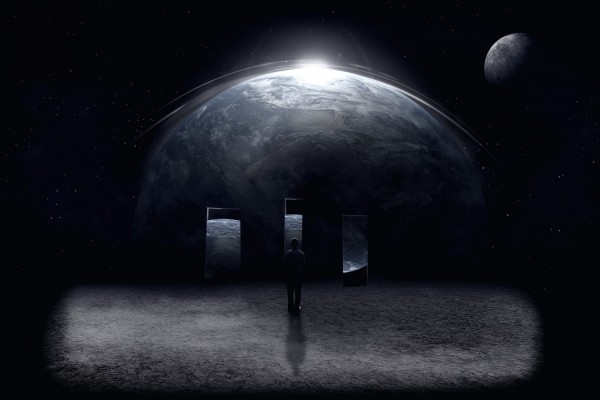 (Photo : Pixabay)
NASA Launched 'Watts on the Moon Challenge' Together with HeroX to Light Up the Moon For Future Lunar Missions

Take a sneak peek of our newest challenge! The Watts on the Moon Challenge will focus on finding solutions for power distribution and storage on the surface of the Moon. Preview the rules as posted in our RFI and submit your feedback by July 24. MORE >> https://t.co/rsW5LGPk2g pic.twitter.com/b0pdzawTlq — Centennial Challenge (@NASAPrize) July 6, 2020

To meet the astronauts' needs on their mission, such as food, water, and electricity, NASA Centennial Challenges Program has once again launched a new incentive challenge through HeroX. They aim to inspire solutions on how to provide a reliable supply of energy for lunar missions.

The new challenge is called the "Watts on the Moon Challenge" which has a prize purse of up to $5 million. The competition is expected to kick off no earlier than the end of September this year to enable solutions for power distribution, management, and storage on the Moon.

Moreover, NASA hopes that by incentivizing solutions for providing energy on the Moon it will lead to the development of more reliable technologies for use on Earth.

The challenge will have two phases that will last for up to three years. Phase I will last approximately eight months in which the teams will need to submit a concept design that can perform mission scenarios in a simulated Moon environment.

Teams will be presented three mission activities in the simulated lunar missions that presents a different combination of requirements, distances between energy sources and sites of operation, limitations and challenges, Universe Today reports.

NASA describes the Mission Scenario in the competition guidelines as: "Water and oxygen are fundamental to exploration and future habitat on the lunar surface. Specifically, collecting and processing of water-ice and oxygen-bearing minerals to produce propellant and other mission consumables is a desirable early capability goal of the Artemis Program. The Mission Scenario describes a set of activities related to harvesting, processing, and purifying water from ice-laden lunar soil (regolith), as well as oxygen production."

The Mission Scenario and three activities

NASA has based the Mission Scenario and three other activities on the possible kinds of missions and environmental features that are anticipated on the Moon. All activities will simulate a permanently-shadowed lunar crater in a polar region with -452 °F (-269 °C) temperature.

Additionally, the proposed ideas must stand for long periods of illumination and darkness in the polar regions, which lasts for 29 days, 12 hours, 44 minutes and 3 seconds to be exact. The three activities are collecting regolith, water production, and oxygen production.

For collecting regolith, teams must be able to provide energy to a mobile platform that operates inside the crater. It will be required to collect ice-bearing lunar regolith for 100 hours and then deliver the samples to a water extraction plant that is 3 miles (5 kilometers) away for processing. This mission scenario must not exceed 200 hours, and the platform must be able to ascend and descend into the crater.

In a water production scenario, teams must deliver power to the water production plant that is located 1,094 yards (1,000 meters) from the power source. During 100 hours of operation, the plant will produce 44 pounds (20 liters) of water, with three deliveries for a total of 300 hours.

Lastly, for oxygen production, teams must provide energy storage for the oxygen production plant outside the crater, which is located 330 feet (100 meters) from the power source. Over the full 709-hour diurnal cycle, the plant must produce an average rate of 2.2 pounds (1 kilogram) per hour.

As always, the goal of the "Watts on the Moon Challenge" is to foster innovation and the creation of new technologies that will support and facilitate future NASA missions.

Read More: Human Urine Can Help Make Lunar Concrete in an Attempt to Create Colonies on the Moon