Want to Know Your Dog's Age in Human Years? You Can Calculate Now With This New Equation

Your pet dog might be older than you think. Quite possibly, your pup might even be older than you. For a long time, it has been common knowledge that each dog year is equivalent to seven human years.

However, a new study has shared an equation revealing that a five-year-old dog would be equivalent to 60 years old in human years. After studying chemical changes in dog's DNA, the researchers found that dogs rapidly age during the first five years of their lives.

According to Trey Ideker, a senior author of the paper, puppies age very quickly. The professor of genetics at the University of California, San Diego, School of Medicine adds that by the time a dog turns one year old, its body's molecular makeup would be comparable to a 30-year-old human. The findings of the study were published in the journal Cell Systems on July 2, 2020.

Also Read: Dogs Have Memories As Good as Young Children and Remember Tasks Done Within the Last Hour: Study

According to the American Kennel Club, the widely believed "1 dog year = 7 human years" theory is not backed by science. Furthermore, the association believes that different dog breeds also age differently and that small dogs have longer life spans than big ones.

The authors of the study noticed that just like humans, dogs had chemical marks on their DNA that change as they age. These chemical imprints are called methylation marks.

According to Ideker, the marks are "wrinkles on the genome" that change in predictable patterns as humans and dogs age. Furthermore, the marks on the genes controlling the individual's growth pattern change over time.

He adds that the researchers are able to quantify the marks at a molecular level to determine how fast an individual is aging. However, its implications are still left unclear.

To discover the mathematical connection between dog and human aging, the team studied 104 Labrador retrievers with ages ranging from week-old pups to 16-year-old dogs. 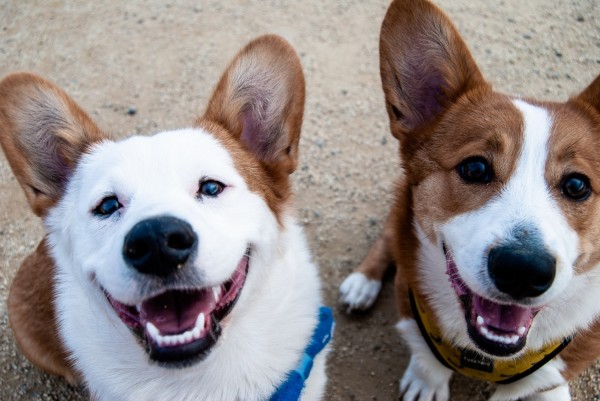 (Photo : Photo by gotdaflow on Unsplash)
Researchers have come up with a new mathematical formula to determine your dog's age in human years.

In their analysis, the researchers came up with a new equation to determine a dog's comparable human age. The equation is 16 ln(dog age) + 31 = human age.

For iPhone users, their calculator apps have the natural logarithm, or "ln," function. First, you type in the dog's age. Then, hit the "ln" button. Finally, multiply that result by 16; then add 31.

On the other hand, for those using Google's scientific calculator, first, you hit hit "ln." Next, type in the dog's age, then press the equal sign. Finally, multiply it by 16, and add 31.

After reaching seven years old, dog aging slows down. Therefore, the authors say that an 8-year-old dog is very much like a 64-year-old human.

According to Margret Casal, a specialist in veterinary genetics, the new calculations are in line with what she's observed in her dog patients. She says it validates what a lot of other researchers have been saying.

Read Also: Dogs Want to Be Their Master's Knight in Shining Armor but Don't Always Know How, Study Says