The Science Behind Choosing Your Wardrobe: Black V.S. White Shirt on Hot Days

Hot summer days can get pretty irritating when you're stuck in hot and sweaty clothes all day. Science has suggestions on which colors you should choose when heading out under the sun. 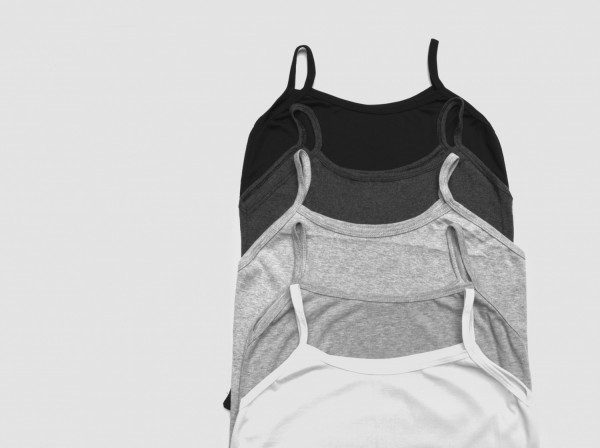 (Photo : Photo by Wander Fleur on Unsplash)
Should you go for white shirts or black shirts on hot days?

Let's go do the basics: white shirt versus a black shirt. Which one do you think would give you a more comfortable feel?

Common knowledge would say that white objects reflect light. Therefore a white shirt would not reflect most of the sunlight and not accumulate the heat.

On the other hand, black is known to absorb heat from the sun at a faster pace than white. If this is the case, then why do Bedouins in the desert regions of North Africa wear black in such a sweltering location? Surely, there must be a plausible reason for their persistence in wearing black, if it didn't benefit them in any way.

Why Do Bedouins Wear Black Robes in Hot Desserts?

A study in 1980, published in the journal Nature explains why Bedouins choose to wear black despite living in the hot desert. Apparently, they say the key is the thickness of the clothing.

According to an article by NPR, the outer layer of fabric gets hotter because the black color absorbs more heat. Furthermore, that heat doesn't reach the skin because of the thick fabric.

Furthermore, heat is not just something that's coming off from the sun. It's also coming off a person's own, sweating. A person's warm-blooded body is a lot closer compared to the sun.

Additionally, it has been said that black clothing works well under the sun if it was worn loosely and not clinging to the skin. The idea is that the black clothes heat up the space between the cloth and the skin to promote an upward air current. This air current then adds to the feeling of cooling.

What's the Best Color to Wear During Summer?

The answer to this question would ultimately be up to the wearer. Many articles claim that long as you keep your clothes loose, you're probably going to feel the same as the person next to you.

Going back to the black shirt versus white shirt argument, some would say that black is better, in contrast to the popular belief.

When body heat comes in contact with the white clothing covering it, it gets reflected right back towards the body. In an article by Gizmodo, they say that when people wear white, they tend to cook themselves.

On the other hand, some say that the helpfulness of black clothes depends on finding ones that have the same thickness and looseness as the typical white summery clothes.

Furthermore, black clothing also requires just a little help from atmospheric conditions. Once it has absorbed heat, it has to have some way to radiate it away.

Therefore, the final verdict would be to go for something loose this summer. When heading under the sun, make sure that your clothes won't hinder you from enjoying the hot summer sun.