About 360 scientists from 42 countries across the globe called for the transition of food production structures to agroecological principles. The University of Göttingen in Germany and Westlake University China led the movement which brought all the scientific experts together.

People depend on farming for their food and sustenance. However, this activity occupies more than one-third of the world's landmass. Furthermore, it endangers approximately 62% of all threatened species worldwide. 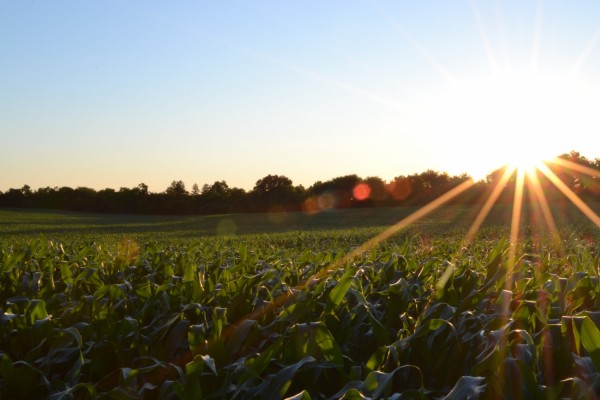 The scientists appeal that a global transition to agroecological production can change this. They claim that agricultural landscapes can support, rather than inflict damage to biodiversity.

Furthermore, they argue that agroecological principles should be included in the post-2020 Global Biodiversity Framework. Furthermore, it will be decided at the 15th Convention of the Parties (COP15) meeting in China.

The band's correspondence article was published in Nature Ecology & Evolution on July 20, 2020.

Agriculture is the biggest contributor to biodiversity loss with growing impacts caused by changing consumption patterns and growing populations. It destroys biodiversity by converting natural habitats to profoundly managed systems.

Preventing species decline is beneficial not only for the planet but also for those who live in it. Although the process would be challenging, the scientists believe that it is possible with coordinated actions and sustainable agriculture.

The authors of the study contend that farming landscapes could grant habitats for biodiversity, increase species' ability to react to environmental threats. Additionally, it could also advocate connectivity between protected areas.

Furthermore, scientists believe that new varieties and combinations in crops can sustain yields. These advances can also support biodiversity and ecosystems while providing more healthy and nutritious food for everyone.

Agroecology is known as the ecology of the food system. It is also considered a farming approach that is inspired by natural ecosystems.

Agroecology integrates local and scientific knowledge. It applies ecological and social approaches to agricultural systems, focusing on the interactions between animals, plants, humans, and the environment.

This year is vital for biodiversity, the scientists say. Time is running out to conserve insects and other wildlife.

Moreover, the 15th Convention of the Parties (COP15) was supposed to meet in China this year for the UN Biodiversity Conference. However, due to the coronavirus pandemic, the convention was moved in 2021.

At COP15, the post-2020 Global Biodiversity Framework will be discussing the targets to reduce threats to biodiversity. The authors have explained in detail how agroecological principles can help meet each of these targets.

According to Dr. Thomas Cherico Wanger, one of the authors of the study, agroecology's importance to change agriculture and protect biodiversity has been acknowledged by many top-level organizations.

He is hopeful that this correspondence can help to stimulate discussions in the policy arena. Additionally, he envisions that it could make a real impact on agricultural production systems.