Arsenic trioxide has been used as chemotherapy for patients with acute promyelocytic leukemia. The leukemia treatment was discovered to have potential in treating pediatric brain cancer. 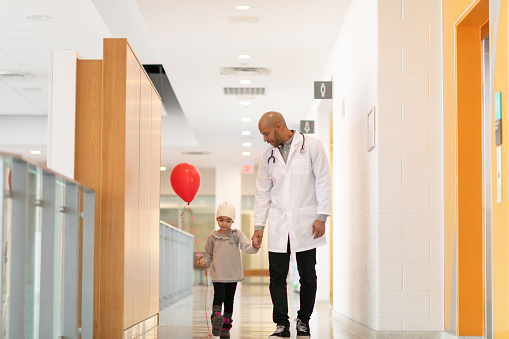 The study is a part of a research project by Professor Luiz Gonzaga Tone which focuses on pediatric tumors and cancer therapies. "The project focuses on an in-depth investigation of dysregulation of the signaling pathways that control normal embryonic development and its link to the onset and progression of pediatric cancer," described Tone.

For children, radiotherapy results in adverse effects on the brain including hormone production, motor problems, and cognitive issues. Therefore, it is vital to develop alternative therapies to replace pediatric cancer patients being exposed to radiation.

With leukemia, arsenic trioxide blocks the Sonic hedgehog medulloblastoma (SHH) pathway. The pathway is part of essential embryotic development and is deactivated after embryogenesis development. However, when the pathway becomes reactivated, it results in skin cancer, leukemia, tumors, and other cancers.

Sonic hedgehog medulloblastoma is a subgroup of aggressive tumors affecting the central nervous system. In the study, the team extracted various SHH cells and gave them different doses of arsenic trioxide. They also added different doses of radiation to see how the tumor cells would react.

Arsenic trioxide alone killed SHH cells and prevented the growth of new tumor cells. Combined with radiotherapy, the tumor cells became more sensitive to radiation after being exposed to the drug.

Moreover, arsenic trioxide was not toxic when exposed to healthy cells. The leukemia drug could even treat pediatric brain cancer patients as young as three years old alongside other chemotherapy medication. It is impossible to treat very young patients with radiation therapy because it will result in permanent damage to the central nervous system.

'Another advantage of arsenic trioxide is its capacity to cross the blood-brain barrier, which protects the central nervous system from circulating toxins or pathogens. Previous studies showed this penetration to be reasonable in medulloblastoma," said Dr. Elvis Terci Valera.

Read Also: Diabetes Drug May Be Effective Treatment for ALS

'Twelve medulloblastoma subgroups are currently recognized according to their molecular characteristics, which also indicate the prognosis. This tumor has a somatic mutation in gene TP53, and it's treated with chemical and radiation therapy," said Paulo Henrique dos Santos Klinger. SHH medulloblastomas have the worst prognosis, he explained.

Currently, 50% of cancer patients respond well to treatment for SHH tumors. However, mutation of the TP53 gene, responsible for cell division controls in the SHH pathway, complicates the prognosis and could lead to cancer.

'The germline mutation of this gene points to Li-Fraumeni syndrome (LFS), characterized by several clinical factors but generally involving the loss of function of TP53 and increasing the likelihood of various types of tumors,' Klinger explained. LFS is a genetic disorder that increases the risk of SHH medulloblastomas and cancer in young children.

Next, the researchers plan to test arsenic trioxide in animal models to see if they replicate the results with the tumor cells. If successful, the team hopes to begin human trials.

Read Also: Steroid Treatment Proven to be Beneficial for the Immune System of Coronavirus Patients