Greenhouse gases caused drastic temperature changes on the planet. Temperatures continue to rise as well as the water levels. But what's surprising is that the same gases that increase the temperature on Earth's surface are also the one cooling the temperature above.

The atmosphere about 56 miles above Antarctica is cooling ten times faster than the average warming of the planet's surface.

The new research revealed a new four-year temperature cycle in Antarctica. The results of their 24 years of continuous measurements in Antarctica were published in two papers in July.

Their results showed that the mesosphere is extremely sensitive to the increasing greenhouse gases, providing scientists with an opportunity to determine the extent of government interventions in reducing carbon emissions.

Additionally, the research monitors spectacular natural phenomenon called "noctilucent" or "night shining" clouds. However, the frequent occurrence of these clouds is a bad sign of climate change. 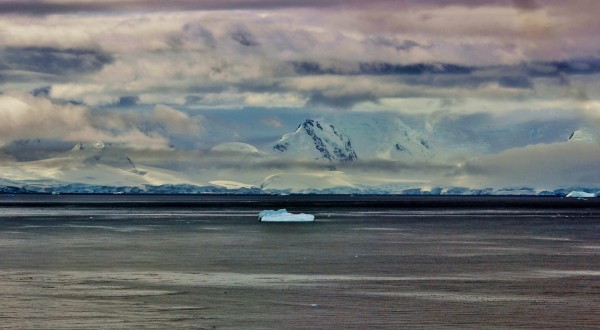 Scientists at Davis research station in Australia have taken more than 600,000 measurements of temperatures in the mesosphere above Antarctica using spectrometers. These instruments analyze the infrared glow radiating from hydroxyl molecules that exists in a thin layer about 54 miles above the Earth.

Scientists call this the "airglow," which helps them measure the temperature in that part of the atmosphere.

The results showed that carbon dioxide and other greenhouse gases in that area do not have the same warming effect they have in the lower atmosphere. The scientists found that the excess energy id radiated into space, which creates a cooling effect.

The Natural Cycles and the 'Night Shining' Clouds

Scientists have identified several factors that possibly influenced the cooling of the atmosphere. These include the seasonal cycle, the Sun's 11-year activity cycle in the mesosphere, and their newly discovered four-year cycle called the Quasi-Quadrennial Oscillation (QQO).

It could be challenging to untangle all these merged natural signals to work out the extent of how these were driving the changes in the atmosphere's temperature. Admittedly, there is more to know with the QQO as it was just discovered, which the scientists said could have significant implications for climate modeling.

Meanwhile, the scientists have also monitored how the cooling temperatures affect the occurrence of noctilucent or "night shining" clouds. The frequent occurrence of these clouds means that the upper atmosphere is continuously cooling due to greenhouse gas emissions.

Noctilucent clouds are thin, pale blue, and wavy filaments comprised of ice crystals that are 266 degrees Fahrenheit. There is some evidence that these clouds are becoming brighter and more widespread in the North Pole.

Human activities can increase the greenhouse gas concentration, which would lead to further global warming. The accuracy of climate models is critical in determining whether the government and non-government efforts in curbing climate change are effective.