Memory has been a complex area of study that neuroscientists still have much to understand about. In a recent discovery, a team from Hokkaido University in Japan experimented with hydrogel, which can mimic memory functions of remembering and forgetting.

The concept of water memory has been a debate among scientists for years, which claims that water can 'remember' where it's been. In 2011, the Aerospace Institute in Stuttgart, Germany confirmed this theory by revealing unique microscopic images of water droplets from the same source. 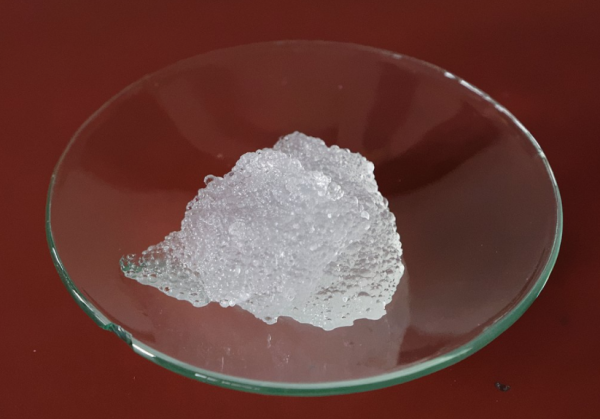 However, many scientists refuse to accept this theory and its links to homeopathy. Professor May Nyman from Oregon State University said, 'I don't believe in water memory, because water molecules move. They're constantly rotating with respect to each other, forming hydrogen bonds, breaking hydrogen bonds.'

On the other hand, hydrogels consist of hydrophilic polymers that maintain their structure while holding a large amount of water. Hydrogels are used to manufacture contact lenses or as a gel band-aid for wounds.

The Hokkaido University team worked with a hydrogel composed of about 45% water. The school's Institute for Chemical Reaction Design and Discovery had been developing hydrogels for biological functions.

Professor Jian Ping Gong said, 'Hydrogels are excellent candidates to mimic biological functions because they are soft and wet like human tissues. We are excited to demonstrate how hydrogels can mimic some of the memory functions of brain tissue.'

During the study, the team placed hydrogel between two plastic plates, with the top plate having various shapes. One shape was an airplane while another cut out had the word 'GEL.'

The hydrogel was first placed in a cold water bath for equilibrium then placed into a hot bath. The heat would cause the gel to absorb water with the imprinted cutout, which mimicked a memory.

After being placed in the cold water bath again, the imprint became visible as a result of 'structure frustration.' Slowly, the imprinted cutout faded. The longer the gel was in the hot water bath, the imprint would be more intense and fade slower. Hotter water baths also intensified the imprints.

Read Also: Scientists Use Brain-Computer Interface to Study How Memory is Recorded as We Sleep, First Time in History

It's quite similar to how the brain processes information and stores memories. Intense memories usually come with strong emotional attachment, which is harder to forget. 'This is similar to humans," explained Assistant Professor Kunpeng Cui. 'The longer you spend learning something or the stronger the emotional stimuli, the longer it takes to forget it.'

Memory imprinted in the hydrogel was stable in changing temperatures and physical changes such as large stretching. Also, the forgetting process with hydrogels could be modified by changing the thermal 'learning time' and degree of temperature.

The hydrogels contained polyampholytes or PA gels with structures responding according to external stimuli such as temperature. The structure made an impact on memory and forgetting behavior of the gels based on rapid water uptake then slowly releasing water.

Gong explained, 'This approach should work for a variety of hydrogels with physical bonds.' Cui said that the memory system of hydrogels can be used for several applications like 'disappearing messages for security.'