In a collaborative study, the Washington University, University of Calfornia, and experts from Sweden are developing a blood test that can picked up a specific biomarker of the early stages of Alzheimer's disease. The team analyzed levels of a particular protein, p-tau217, which can predict Alzheimer's dementia with 89% to 98% accuracy. 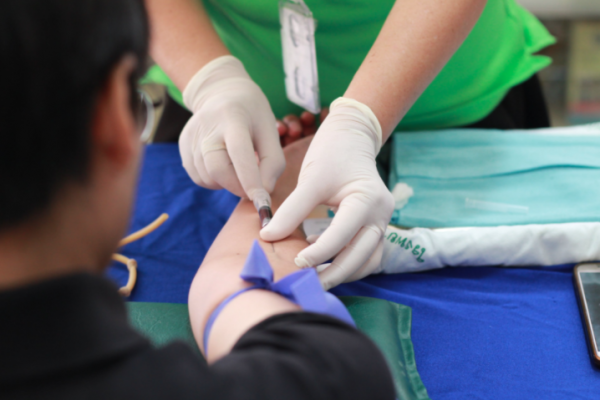 According to Mayo Clinic, diagnosing Alzheimer's disease, a progressive disease that affects cognitive abilities, follows memory tests, brain scans, and reports of symptoms affecting daily activities. The decline of neuron cells is the most common cause of dementia.

Protein build-up in the brain affects the senses, balance, coordination, and reflexes. These symptoms are accompanied by memory loss, confusion, possible brain tumors, and strokes.

Dr. Eliezer Masliah from the U.S. National Institute on Aging said that the study's data is encouraging. The blood test, 'appears to be even more sensitive and more reliable' than other ways of diagnosing the disease.'

Looking for biomarkers of the disease via a blood test is not a new concept, but this is the first time that studies look promising, especially with early diagnosis. Early diagnosis is vital for preventing and treating symptoms of Alzheimer's dementia.

Head of the Alzheimer's Research UK Dr. Rosa Sancho explained that so far, there hasn't been an effective way for the early diagnosis of the disease. Previous drug treatments have failed because most patients were enrolled 'too late' and were already advanced in their condition.

She explained that most Alzheimer's patients 'already [have] too much build-up of damaging proteins in their brain.' Drug treatment is normally deemed effective for patients that haven't suffered too much brain damage.

The promising blood test still has a lot of clinical trials to go through before it can be used by doctors. Once developed and available, the new test can help with the early diagnosis of people with Alzheimer's in the family history even if they have no symptoms.

Experiments with the tau protein were conducted on 81 brains that were donated upon people's death. Current blood tests were compared to when they were alive which later matched Alzheimer's disease.

Analyzing p-tau217 in the blood gave similar indications of brain conditions seen on a positron emission tomography (PET) brain scan. Elevated levels of the protein indicated Alzheimer's disease even before symptoms appeared and could be detected in the blood as well as both brain and spinal cord fluid.

In Lund University in Sweden, the team found that p-tau217 levels in patients with the disease had about seven times more of the protein than those without the disease. They estimated that analyzing the protein levels of healthy people can help indicate the risk of developing Alzheimer's disease as early as 20 years before symptoms occurred.

The protein is also unique to Alzheimer's compared to other degenerative brain diseases like Parkinson's and Huntington's. Dr. Suzanne Schindler from Washington University said, 'When patients come to me with changes in their memory and thinking, one of the major questions is, what's the cause? Is it Alzheimer's disease or is it something else?' The promising tau protein blood test 'would help us diagnose people earlier and more accurately,' she said.

Read Also: A Suppressor Gene is Found to Protect the Brain From Alzheimer's Disease