A lot of parents believe that learning to play a musical instrument can give children the intellectual, perceptual and cognitive advantage. However, several studies have shown no evidence between the positive correlation of taking music lessons and a child's IQ.

But that does not mean that there are no advantages of learning to play music, especially in expressing oneself and having fun with friends and family. Some studies suggest that music lessons in childhood may provide a defence against memory loss, and cognitive decline as a person gets old. 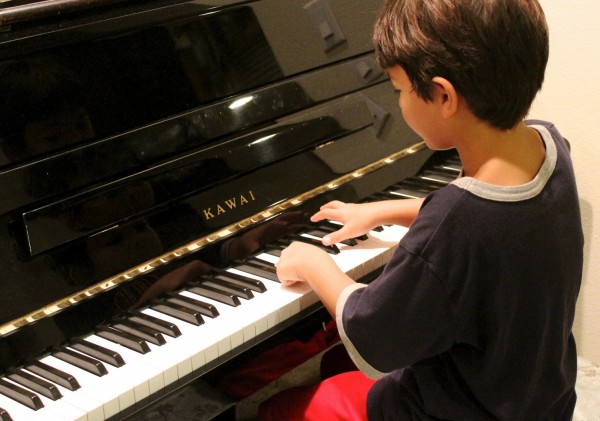 Read: Study Says Having Goosebumps While Listening to Music Means your Brain is Special

Music Training Does Not Make a Child Smarter

According to a study published in Memory & Cognition, music training does have no positive impact on cognitive skills, such as memory and academic achievement, of children.

Moreover, previous trials had proven this claim when they examined a potential causal link between music training and enhanced cognitive and academic performance.

Researchers from Japan and the UK re-examined experimental evidence from previous studies conducted between 1986 and 2019, with a total of 6,894 children.

It appears that music training failed at enhancing the cognitive and academic skills of children- regardless of any ability like verbal, non-verbal, and speed-related skills- the child's age, and duration of musical training.

They compared their meta-analysis with individual studies and found that studies with a high-quality study design that used children who did not learn music but instead learned a different skill like dance or sports, showed that there was no effect of music learning on cognitive or academic performance.

On the other hand, small effects were found in studies without control or randomize group (children who did not receive musical training or different training and with groups that received vocal training.

According to the study lead author Giovanni Sala, their study shows that the common idea that 'makes children smarter' is not true. Teaching children music for the intent to enhance their cognitive or academic skills may be useless.

Although the brain may be trained to learn music, their benefits do not generalize in a way that the child would also become good at solving math problems. Sala added that the optimism of some researchers of the benefits of learning music appears to be unjustified and may come from the misinterpretation of previous data.

Read Also: A Star Is Born: Some Individuals Are Musicians Since Birth, a Study Involving 6-month Infants Suggest

According to corresponding author Fernand Gobet, music may be beneficial for children as it improves their social skills or self-esteem. He said that certain elements of music instruction could be used to facilitate learning in other disciplines.

Musical training can have a "profound" and lasting impact on the brain that facilitates new neural connections in childhood that can last throughout their lives and help compensate for cognitive declines in old age.

The hours spent learning and practising specific motor control and coordination along with the music-reading and listening skills that are needed to play a musical instrument all can contribute to boosting brain function that shows up later in life, says neuropsychologist Brenda Hanna-Pladdy.

Read More: Scientists Discover Emotions That Are Only Felt When Music Is Heard