For centuries, experts could not explain the origins of Stonehenge. In a recent study, scientists have finally discovered where the rocks came from and its connection to other stones in West Rocks, Marlborough nearby.

The massive sandstone boulders are called sarsens, which have had contradicting theories as to when the structures were built, who built them, and the purpose of the monument. The new study published in Science Advances confirms that Marlborough Downs is the source of the sarsens, made from a mix of rocks and sandstones called bluestones, 16 miles away from Stonehenge. 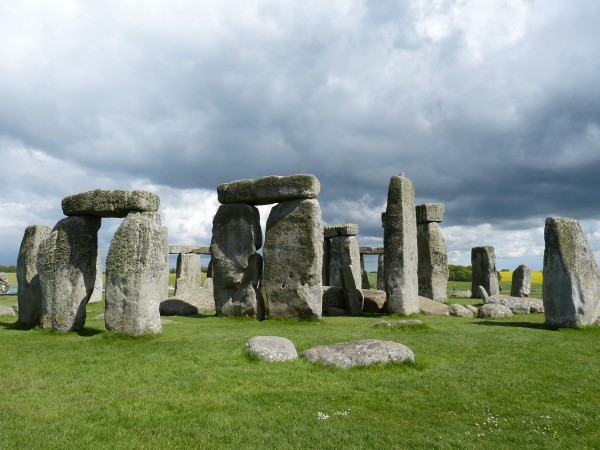 The recent finding supports the theory that the monument's second phase of construction occurred at about 2,500 BCE. Experts have long thought that the builders came from a highly organized society due to the symmetry and coordination it would take for the massive sarsens to be structured the way they are. At the same time, it contradicts that Heel Stone, one of the large sarsens, originated from the site and was the first stone to be erected.

To analyze the sarsens, Professor David Nash from the University of Brighton and his team from four universities looked into the chemical composition of the stones. The geochemical approach involved examining stone samples from the 50s.

Using a mass spectrometry device, the team could precisely detect the elements of the stones. While they found traces of multiple elements, the rocks are 99 percent silica.

"That showed us that most of the stones have a common chemistry, which led us to identify that we're looking for one main source here," said Nash. There were 20 possible sources of the sedimentary rocks with a similar compositional signature, with West Woods, Wiltshire (southern Marlborough) being the direct match.

The theory by philosopher John Aubrey from the 17th century had finally been confirmed. He had formerly linked  Stonehenge to 'Overton Wood,' an old name for West Woods.

Previously, Stonehenge was linked with bluestones from Wales, which lies 160 miles west. The new study confirms that the smaller bluestones and the large sarsens were placed simultaneously. Nash said, "So it must have been an enormous endeavor going on at that time. Stonehenge is like a convergence of materials being brought in from different places."

However, it remains a mystery of how Stonehenge builders transported the enormous sarsens weighing up to more than 66,000 pounds. The site's significance is yet to be discovered as well although archaeologist Mike Pearson believes that Stonehenge symbolizes the unification of five ancestral lineages. Agreeing to what many archaeologists have long believed, Nash said, "I think you're looking at a very organized society there."

The discovery raises more questions too. "Was it simply their shape and size that attracted attention? Or was there some more deep-seated reason rooted in the beliefs and identities of the people that built Stonehenge?", inquired the team.

Nash said, "It has been really exciting to harness 21st-century science to understand the Neolithic past, and finally answer a question that archaeologists have been debating for centuries." The team hopes to use the same geochemical technique for other sarsen structures all over Britain.

READ ALSO: Mummified Remains of a Bejeweled Teenager Found Inside a 3,500-Year Old Coffin in Egypt