Scientists Trace Lineage of the COVID Virus in Bats

The virus that has caused the global coronavirus pandemic might have been brewing in bats for the past 40 to 70 years, a new study suggests.

A study titled "Evolutionary origins of the SARS-CoV-2 sarbecovirus lineage responsible for the COVID-19 pandemic" was recently published in Nature Microbiology. The international team included researchers from China, Europe, and the US - discovering that the linkage that created SARS-CoV-2 was present in bats for decades, most likely including other virus that can also infect humans. 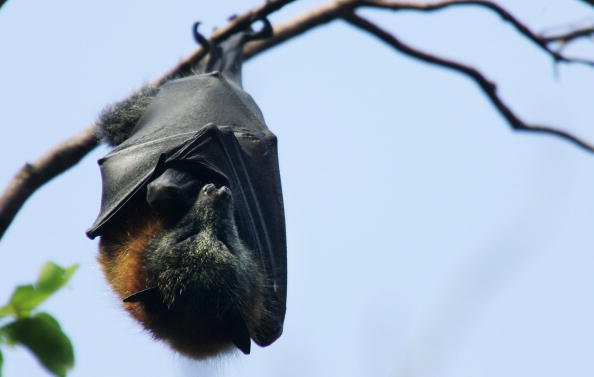 "SARS-CoV-2 is Not a Recombinant"

It reported that the viral subgenus containing the strands of SARS-CoV and SARS-CoV-2 experienced frequent recombinations and exhibited spatially structured genetic diversity in China, where cases of COVID-19 were first recorded back in December 2019.

Researchers also noted that SARS-CoV-2, which causes COVID-19, is in itself not a recombinant of any sarbecoviruses detected so far. However, the study noted its receptor-binding motif, which targets human ACE2 receptor protein and allows the virus to enter human cells. It is believed to be an "ancestral trait shared with bat viruses and not one acquired recently via recombination."

"The purpose of this analysis is to see if the SARS-CoV-2 coronavirus has any siblings or cousins or other similar viruses in circulation anywhere," said Maciej F. Boni, Penn State Biology Professor and an author in the study. Similar strands of the virus could get their genomes compared with SARS-CoV-2 to better understand the timeline at which the virus existed or developed.

With the highly recombinant nature of coronaviruses, the international research team used three separate approaches to find out the non-recombinant regions in their phylogenetic inference. The first stage involved the identification of mosaic regions via 3SEQ (a novel RNA-Seq technique for genome expression profiling) to identify the breakpoints for the potential recombinant sequences in their samples.

It was followed by an attempt to construct the non-recombinant regions in an approach they termed "breakpoint-conservative." Unlike the results from the first approach, this method allows breakpoints (recombinants) to exist in non-recombining regions.

Among the 68 sarbecovirus genome sequences, 67 of them displayed evidence of involvement with homologous recombination down in their evolutionary history. All three approaches pointed out to a single ancestral lineage for SARS-CoV-2 and RaTG13. The study also identified two other virus strands taken from Zhejiang Province, CoVZXC21 and CoVZC45, that fall on the same lineage. The two Zhejiang strands are recombinant of the SARS-CoV-2 and RaTG13 lineage.

The research team of international scientists have stressed in their report the importance of tracing the origins of an emerging pathogen, ahead of an outbreak. It allows for a precisely targeted containment measure in the event of another potential outbreak.