Understanding the Universal Law of Conservation of Brain Connectivity

Humans have remained dominant over all mammals, partially due to our intelligence. While several studies have determined that humans are not the most intelligent species, a new study suggests that all mammals are ranked equal when it comes to brain connectivity.

The brain of mammals consists of the left and right hemispheres which are connected by axons, or the part of a nerve cell that links to other neurons. It is within these connections that information passes back and forth between the two hemispheres. 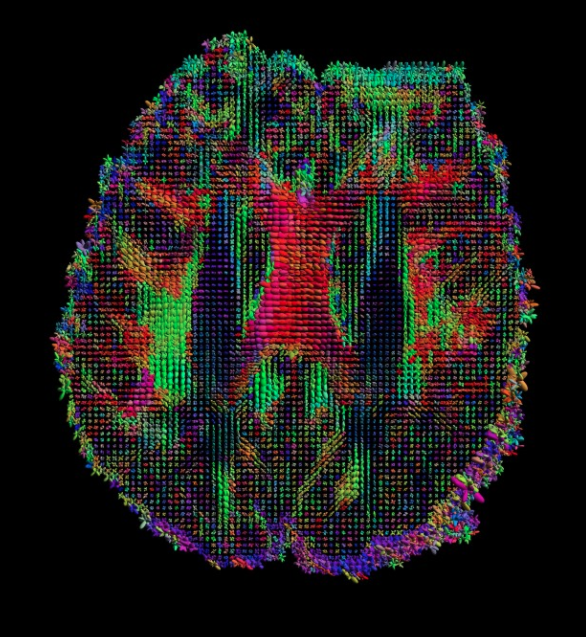 It is a common belief that humans have better efficiency of information transfer within the brain as an advanced species. However, researchers from Tel Aviv University, Israel discovered that regardless of brain size, brain connectivity in humans is the same as other mammals.

The other mammalian species included monkeys, rodents, and dolphins. Several studies have explained that animals 'have cognitive faculties that are superior to human beings,' said Dr. Arthur Saniotis from the University of Adelaide who was involved in other research about evolutionary biology and animal intelligence.

'The belief of human cognitive superiority became entrenched in human philosophy and sciences. Even Aristotle, probably the most influential of all thinkers, argued that humans were superior to other animals due to our exclusive ability to reason,' said Dr. Saniotis.

The published study in the journal Nature Neuroscience describes how the team analyzed the brain scans of 123 mammalian species. The team reconstructed various connectomes to see if the brain connectivity in humans is dominant. Connectomes are a map of the brain's neural connections or a colorful 'wiring diagram.'

Professor Yaniv Assaf said, 'Many scientists have assumed that connectivity in the human brain is significantly higher compared to other animals, as a possible explanation for the superior functioning of the 'human animal.' Comparing the human brain to over 100 other mammalian species also marked the first time most of the species' brains had been inside an MRI scanner.

Read Also: Study Says Having Goosebumps While Listening to Music Means your Brain is Special

Comparing other mammalian MRIs to the brains of 32 people, the team analyzed the number of synapses that information passed through with a mathematical approach. Synapses are the gaps between axons where information crosses and is essential for several brain functions including memory.

Professor Assaf and his team concluded that all mammals 'exhibit[ed] equal connectivity, and information travels with the same efficiency within them.' Brain connectivity was not determined by the size or structure of mammals. From bats to dolphins and humans, brain connectivity was the same.
Therefore, the team uncovered a new universal law called the Conservation of Brain Connectivity. 'This law denotes that the efficiency of information transfer in the brain's neural network is equal in all mammals, including humans,' said Professor Assaf.

Read Also: Scientists Discover the Area of the Brain Where Pain Could be 'Turned Off'