Another Shutdown Can Help With Both Covid-19 & Economic Recovery, Says Neel Kashkari

Over the weekend, cases in the United States have increased to 4.8 coronavirus cases with over 158,000 deaths according to worldometers.info. Despite Dr. Anthony Fauci's statement last week that another lockdown is not necessary, Minneapolis Federal Reserve Bank President Neel Kashkari suggested that a shutdown is needed for about four to six weeks. 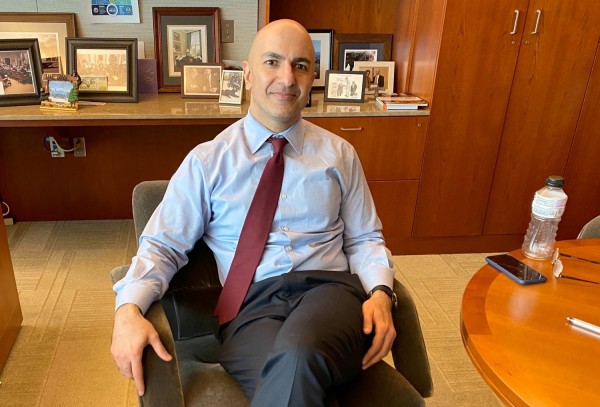 Kashkari described the economy's current condition to the Great Depression, saying that a robust recovery is possible if the virus is dealt with more effectively. In other words, if America were to 'lockdown really hard' while the U.S. Congress allocates funds for coronavirus relief efforts, economic and nationwide recovery from the pandemic would be better.

'If we don't do that and we just have this raging virus spreading throughout the country with flare-ups and local lockdowns for the next year or two, which is entirely possible, we're going to see many, many more business bankruptcies,' said Kashkari. That would be a very slow recovery,' he explained.

Resources to Support Others

Since people have been working at home and don't go out since malls, cinemas, and vacation spots have all closed, people have been saving up more money in the past months. Kashkari said, 'That actually means that we have a lot more resources as a country to support those who have been laid off,' he said.

Assistant secretary of Health and Human Services Admiral Brett Giroir urged everyone to continue observing public health regulations such as wearing masks. 'If we don't do that, and if we don't limit the indoor crowded spaces, the virus will continue to run.'

Meanwhile, Dr. Deborah Birx said that the spread of coronavirus today is different from when it first arrived, with infection rates 'extraordinarily widespread' in both rural and urban areas. As the White House task force coordination, Dr. Birx urges Americans to wear masks indoors, especially in households living with the elderly and other people at high risk of infection.

Birx had also said that alongside federal officials, the responses of each state to the pandemic 'have to be dramatically tailored' based on what is happening 'at the community level [and] what we are seeing relevant to the hospitals.' A few days prior, Dr. Fauci said that the 'diversity of response' of each state has contributed to a surge in cases as some states have followed guidelines well and others have not.

The Centers for Disease Control and Prevention (CDC) projected that by August 22, there will be more than 173,000 deaths if America refuses to change its trajectory. To prevent this, especially with hotspot states in the south and west 'super spreading events' need to be stopped, said Birx.
In other words, this means not holding large events and not going to bars nor having house parties, continued Birx. 'We are asking people to distance learn at this moment so we can get this epidemic under control.'