Kosher Diet: Israeli Firm Wants to Use Locusts As Alternative Protein Source; Is It Safe to Eat?

When the Pharaoh refuses to release the Israelites from being the slaves of Egypt, God sends ten plagues to pressure him. One of these plagues is the large swarm of locusts that attacked Egypt.

But the modern-day era has changed so much. From being a plague, an Israeli firm now seeks to make locusts a sustainable food choice in Israeli and other places.

There are still questions like whether eating locusts are safe and if it is kosher. However, the answer to that is not so simple. 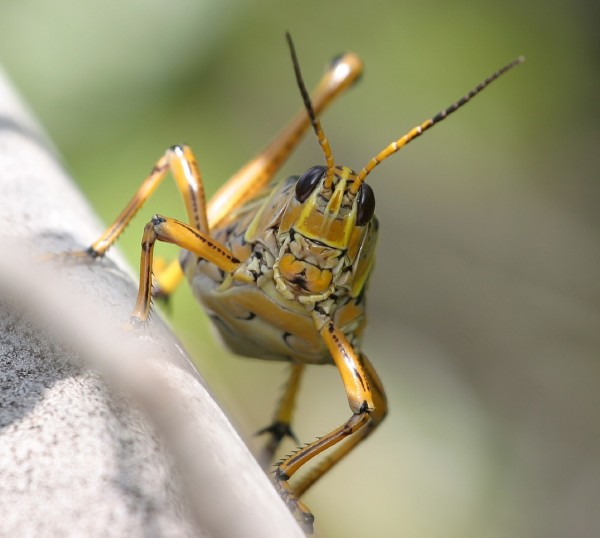 (Photo: Pixabay)
Kosher Diet: Israeli Firm Wants to Make Locusts As An Alternative Protein Source; Is It Safe to Eat?

Hargol Foodtech's farm, which was once served as a chicken coop, is now filled with thousands of locusts. They are meticulously stacked in climate-controlled mesh cages and are fed wheatgrass throughout their three-month lifecycle before they are cooled, killed, and baked.

Dror Tamir, Hargol's chief executive, said the Yemenite Jews in the area did not view the locusts as pests who ruins the crop but instead see them as an edible source of nutrients.

READ: It's Moth Season: How to Win the Battle Against Them

Locusts as a Source of Protein

Tamir became a food and nutrition entrepreneur, and he grew concerned about the environmental concern of providing the growing population enough protein that it needs. He finally found a solution six years ago and founded the Hargol at that time.

He said that Hargol's goal is to be "the first in the world to grow grasshoppers on a commercial scale, and provide the world with a healthier and more sustainable source of protein."

Indeed, the Earth's population is continuously growing and is expected to hit the 10 billion mark by 2050. Raising livestock for protein will become unsustainable, given the rising population.

Experts believe that a time may come when protein becomes scarce.

READ ALSO: Check Out this Fancy Pink and Yellow Moth that Appeared on a Woman's Backyard

Are locusts safe to eat?

According to Tamir, unprocessed locusts have 70 percent protein and contain all the amino acids and other nutrients. They lack all the bad stuff in meat, such as saturated fat and cholesterol, but has all the good stuff.

Moreover, he said that the most widely eaten insect worldwide are grasshoppers. However, it will be hard for North American and European customers to overcome the 'yuck' factor in eating them.

So, he decided to turn it into powder mixed to different food to make it palatable for Westerners. In fact, they are thinking of launching their locust-enhanced pancakes and smoothie worldwide.

But is it safe to eat? In ancient times, eating locusts are a part of many countries' diets, such as in Africa, the Middle East and South Asia, and North America.

However, since the governments now have taken into using chemicals to control their outbreak, they advise not to eat locusts or use them to feed their livestock as there could be chemical residues that pose a major health risk.

In the book of Leviticus, it was mentioned that certain kinds of a grasshopper, such as locusts are kosher. In fact, Jews in Yemen and North Africa include locusts in their diet, but not their European and Ashkenazi counterparts.

Tamir is hopeful of bringing his products into mainstream Israeli cuisine by having a kosher certification from the chief rabbinate. The issue of whether eating locusts is kosher or not has been discussed at great lengths.

Although some would designate locusts as kosher, others forbid it. But Tamir remains optimistic about getting the rabbinate's approval and aims for his products to reach the American and European Christians in the future.