Can A Robot Write A Theater Play? The Unusual Collaboration Between AI, Robotics and Theater

A new intriguing research project is underway by the researchers at Charles University, Švanda Theater and the Academy of Performing Arts in Prague.

They are planning to combine artificial intelligence, robotics, and theater play to create an innovative theater performance expected to premiere in 2021.

Rudolf Rosa, one of the researchers, said that the idea came from Tomáš Studeník, who is an innovator and noticed that the theater play R.U.R.'s 100th anniversary is fast approaching.

"This was a key moment for robotics, as the idea of a robot, including the word 'robot' itself, was invented by Karel Čapek and his brother Josef, who wrote this play," said Rosa. 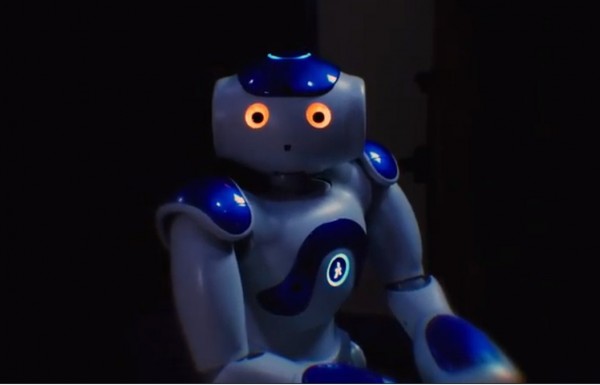 Read: AI Shows How Ancient Egyptians Would Have Written "LOL"

The researchers reviewed the literature on AI being used in poetry, music, paintings, and other forms of art. There are already many papers focusing on machine-produced art using computational techniques to produce dialogues or stories.

However, it has rarely been attempted before the making of a complete and highly complex theatrical task.

Rosa and his team decided to use the 'hierarchical generation' approach in which their theater play production is divided into sub-parts.

Rosa explained that they plan to release their play by January 2021 in time of R.U.R.'s anniversary. They aim to finish the script before September so that the professional theater group who will be playing it can still have enough time for dramatization and rehearsals.

As of now, they are starting to experiment in making the script with a pre-trained language model called GPT-2, which was developed by OpenAI consortium and trained on English texts. The researchers published their initial results in a paper on arXiv.

GPT-2 is a generative model that can complete unfinished texts using the same language and covering the same themes. For instance, if fed with a news article with only one paragraph, it will try to complete it by adding a few more paragraphs on the same topic.

Rosa explained that when they tried to feed GPT-2, a scene-setting, and a few lines of the drama, it created more lines in a similar style of the text and focused on the topic of the script given to it.

Read Also: NASA Invites People to Explore Mars Through Images Taken by the Curiosity Rover to Train Its AI Algorithm

For now, Rosa and his team are still doing experiments on 'flat text generation' in which a machine learning model is trained to make one line at a time for a script.

They hope that they would be able to start using the 'hierarchical generation' methods soon to create a summary of their theater play, then expand it into a detailed synopsis and then to dialogues. Ideally, it will generate a script that is coherent and effective.

But at this stage, Rosa and his colleagues think that the robots taking part in the play, or THEAITRE as they call it, will still need to be under the supervision of humans. However, they would like to build a robot in the future that can be entirely acted by robots without human guidance or even human performers.