On the night of August 4th, a massive explosion hit Lebanon's capital Beirut, leaving over 4,000 people injured and 78 confirmed deaths. Officials reported that about 2,700 tonnes of ammonium nitrate that was unsafely stored at the city's port was the cause of the tragic event.

Investigations are still ongoing to find out how the explosion was triggered. 'Maximum punishment' will be the consequences for those responsible, said Lebanon's Supreme Defence Council. 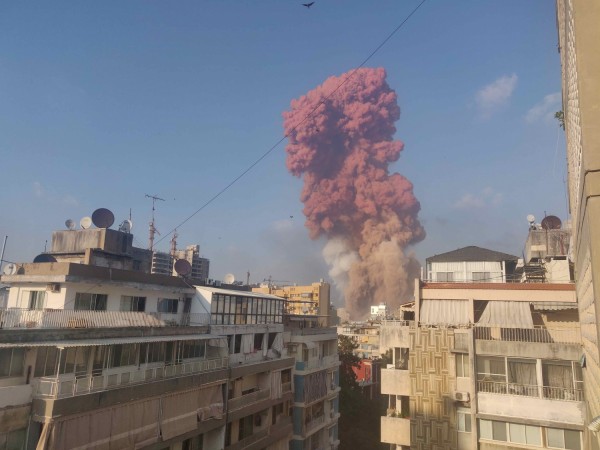 With hospitals already overwhelmed due to the pandemic, they are doing their best to cater to the thousands of injured citizens. Many citizens are still missing and unaccounted for. The emergency department continues to search for missing people but has become complicated because there is no electricity, according to Health Minister Hamad Hasan.

Local media and citizens have been posting disturbing and tragic footage since the incident. Buildings and houses have collapsed, glass and bricks shattered everywhere, and the streets were full of traumatized people as medical personnel rushed to people's aid.

The chemical compound responsible for the catastrophe was ammonium nitrate (NH₄NO₃). It is typically produced to make fertilizers and is a nutrient for antibiotics and yeast.

However, it can also be used for explosives, such as the kind used for mining where the substance is mixed with fuel oil and triggered by an explosive charge. Ammonium nitrate only burns if it is mixed with combustible material.

Footage shows that there was a fire before the explosion, yet the source of this fire remains unknown. The blast was so powerful that it was heard from Cyrpus about 150 miles away. An explosion this massive would 'need extreme circumstances to set off an explosion,' said Gabriel da Silva, a chemical engineer form the Unversity of Melbourne.

Experts shared that the reddish color from the blast is evidence of nitrogen dioxide, a result of exploding ammonium nitrate. Nitrogen oxides are commonly found in air pollution and are quite harmful to the respiratory system. The elevated levels of harmful fumes all over Beirut is a public health risk and may take days to disappear.

READ ALSO: Most Explosive Meteor Impact: 1908 Tunguska Explosion Caused by Iron Asteroid That Entered Earth Then Bounced Back to Space

President Aoun announced a three-day mourning period and a two-week state of emergency. Hassan Diab, Lebanon's prime minister as asked for international aid, "I make an urgent appeal to friendly and brotherly countries... to stand by Lebanon and to help us heal our deep wounds."

Several countries have responded to the Beirut incident such as Cyprus saying that they are, "ready to accept injured persons for treatment and send medical teams if required." The US, UK, and other countries are also on standby to send help.