For the South Pacific country of close to 5 million people, life is returning to normal as malls and restaurants are open again. Starting from its first reported transmission on February 26, to stamping out the last community transmission, took New Zealand a total of 65 days. 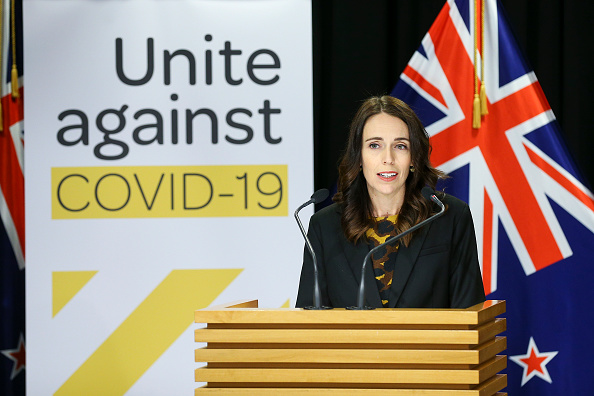 How New Zealand Got Rid of COVID

New Zealand is among the small number of territories actively pursuing containment or elimination of the highly contagious disease, together with its South Pacific neighbor Fiji and Asian states China, Taiwan, Hong Kong, Mongolia, Vietnam, and South Korea.

To achieve its zero community transmission rate, New Zealand implemented three control measures. First is in implementing its border controls, a process that is still ongoing, to prevent COVID-19 from entering its territory.

Next is in placing a lockdown all over the entire country, as well as publishing physical distancing guidelines to limit community transmission. New Zealand's Prime Minister Jacinda Ardern initiated an approach she called "go hard, go early" with a lockdown that began last March, earning the cooperation of the nation she referred to as a "team of five million." By May, the country had begun easing into normal, relaxing the strict lockdown and moving their Level 3 restrictions down to Level 2. Schools, offices, and small businesses were now allowed open. Arts and athletics establishments - playgrounds, arenas, libraries, and museums - were also allowed to resume.

Lastly, the New Zealand government has been sticking to case-based control measures since day one. Dr. Takeshi Kasai, Western Pacific Regional Director for the World Health Organization, commended the South Pacific nation for its "strong testing, contact tracing, clinical management of those infected, and clear and regular public communication."

Dr. Ashley Bloomfield, New Zealand's Director-General of Health said that the government was guided by public health advice and evolving evidence every step of the way. The country followed technical guidance, outbreak updates, and risk assessments from WHO.

A National and Global Response

Aside from New Zealand protecting its borders and tasking its "team of five million" to protect their own friends and families, the country has also taken an active role in supporting the regional fight against COVID. Through its Ministry of Foreign Affairs and Trade, New Zealand has procured supplies and provided training to health staff in their neighbors, keeping the region updated with remote support.

With the proactive response from the country, seen as a gateway to more Pacific island nations, it managed to curb the threat of COVID-19 spreading to Maori and Pasifika populations. A previous study has noted the disproportionate effect of pandemics against indigenous population.

RELATED: COVID-Free Samoa has a Beauty Queen to Thank For: She Also Leads Her Country in its Fight Against Recent Measles Outbreak

New Zealand's active response against COVID have resulted in low case numbers and fatalities, especially in comparison with high-income areas in Europe and North America implementing a suppression and mitigation strategy.

Also, Australia has followed suit - adopting similar strategies in controlling the pandemic. Most states in Australia have already seen a huge decline in new cases over the past few weeks. However, its southeastern state of Victoria is experiencing a new surge in cases and deaths. Aside from Victoria, New South Wales also continues to post new cases, albeit at a much smaller scale.