How Centuries of Domestication Have Changed Dog Breeds

Dogs have been called "man's best friend," and for good reason. They have been partners of our ancestors and have served a variety of purposes - mostly starting with hunting and survival.

By identifying specific traits and allowing them to mate to keep those traits, we now have a variety of dog "breeds," all under the same species. According to the Fédération Cynologique Internationale, or the World Canine Organization, there are at least 360 official dog breeds, not including experimental breeds awaiting official status.

Nowadays, poodles come in three sizes: standard, miniature, or toy. The American Kennel Club (AKC) describes them as "eager, athletic, and wickedly smart 'real dogs' of remarkable versatility." They are often characterized by their thick, curly fur, which are clipped both for maintenance and for aesthetic purposes.

While the Poodle is France's national dog, it supposedly originated in Germany as a duck hunter - with "pudelin" referring to splashing in the water - some 400 years ago. More than 100 years ago, corded poodles were the most popular variety. The hair is "corded" into rope-like mats to make them more manageable. However, these are now uncommon.

Pugs are said to be among the oldest dog breeds around. They were once known as special companion dogs for ancient Chinese emperors, only accessible to him and members of his royal court. Their flat, wrinkled faces and wide eyes have endeared them to different parts of the world, earning different names in different places - from Doguillo in Spanish to Lo-sze in Chinese.

(Photo: Wikimedia Commons)
A painting of an early Pug dog with long legs and nose and cropped ears

Unfortunately, these dogs have been bred and domesticated to further emphasize their physical appearance, to disastrous health issues to their kind. Selective breeding has apparently left the pugs prone to skin disorders. Moreover, their excessive flat-facedness has led to the nose being too close to the rest of their face, causing breathing difficulties. 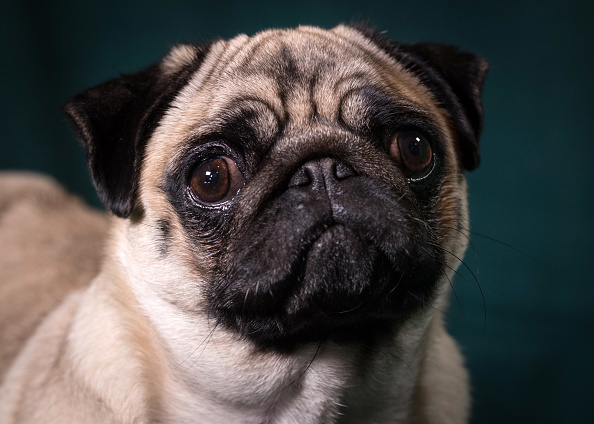 (Photo: Photo by Matt Cardy/Getty Images)
BIRMINGHAM, ENGLAND - MARCH 10: Agnes, a Pug bitch, poses for a photograph on the second day of Crufts Dog Show at the NEC Arena on March 10, 2017 in Birmingham, England.

Perhaps one of the breeds to have the most visible physical change due to domestication, bull terriers are most recognizable for their egg or football-shaped head. These robust and big-boned dogs are actually lovable and sweet, especially to their human family. The amicable bull terrier first began as vermin hunters, a mix of the bulldog's tenacity and the terrier's agility.

RELATED: Dogs Know Whether or Not to Trust Humans, Says Science 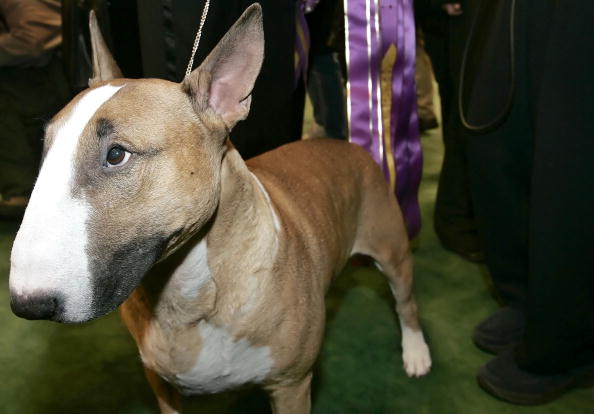 (Photo: Photo by Stephen Chernin/Getty Images)
NEW YORK - FEBRUARY 14: Best of Show winner Rufus, a Bull Terrier, stands near his prize ribbon behind him after the Best in Show competition for the 130th Westminster Dog Show at Madison Square Garden February 14, 2006 in New York City.

However, in 1915, a bull terrier looks different. It has a well-proportioned head, with a prominent snout and a slim body. According to Walter Esplin Mason's "Dogs of All Nations" compendium, bull terriers are "styled by some as the Gladiator of the canine race."

Famous for their long and low profiles and ever-alert expression, the dachshund is one of the most popular dog breeds around the world. Generally, there are two sizes (standard and miniature) and three coat varieties (smooth, long, and wirehaired). 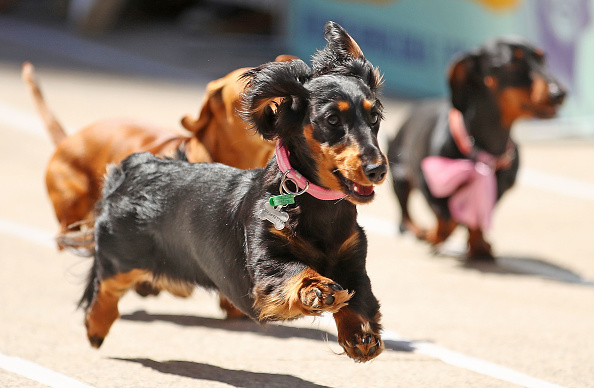 (Photo: Photo by Scott Barbour/Getty Images)
MELBOURNE, AUSTRALIA - OCTOBER 13: Dachshunds run as they compete in the annual Teckelrennen Hophaus Dachshund Race and Costume Parade on October 13, 2018, in Melbourne, Australia. The annual 'Running of the Wieners' is held to celebrate Oktoberfest.

However, it was not always the case, and the expressive companion dog had a fiercer history. They were originally bred by Germans in the 1600s to hunt for badgers, using their unusually long and slender bodies to dig through burrows. Even its loud barks were thought to be an adaptation to signal the human partner of its location, even while underground. Dachshunds of the past have a stockier build and long legs.

RELATED: [Watch] Dogs Can Tell If You Have Coronavirus by Smelling Your Armpit: Here's the Breed That Does It Best