A team of US and New Zealand researchers have reported finding a 3.36 million-year-old fossil belonging to an ancient crested penguin.

The ancient penguin remains were found in New Zealand's North Island. Researchers published their findings in the latest Proceedings of the Royal Society B. The team believes that it might be connected to modern penguins.

Well-Preserved Crested Penguin from the Pliocene

The fossilized remains included the penguin's wing bones, leg, rib, and even feathers. It also included the creature's skull - including the jaw and beak. The remains were more than enough to confirm that the fossilized creature is actually a member of the genus Eudyptes—better known as the crested penguin. The ancient penguin was named Eudyptes atatu, with "atatu" being the Maori word for "dawn." 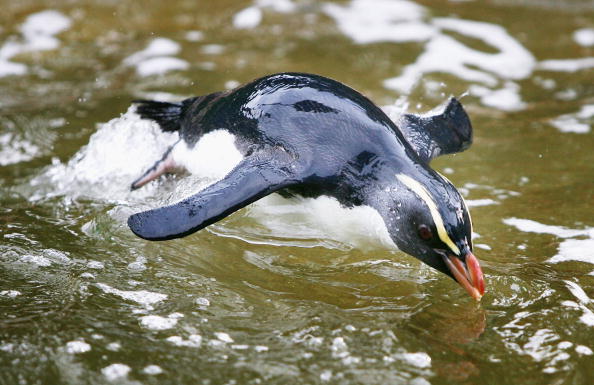 RELATED: Why Researchers Have to Go In Disguise-The Penguin in the Room

Eudyptes atatu was aged at 3.36 million years old, placing it in the Pliocene epoch. Crested penguins derived their name from the hair-like growth that grows from the side of their heads. Modern crested penguins are mostly characterized by their black and white body, reddish eyes and bills, and prominent yellow crests. Crested penguins are often found in the southern hemisphere, especially in New Zealand and its neighboring islands.

A previous study conducted on their DNA suggests that they shared a common ancestry with their closest relatives, the yellow-eyed penguin. However, the species that would become the crested penguins split from this common ancestor sometime in the mid-Miocene, some 15 million years ago. This species later separated into other species some 8 million years ago.

From their evidence, they also reported that deep bills evolved in crested and stiff-tailed penguins at around the same time, during the Pliocene.

A group of local collectors first discovered the fossils embedded in a piece of rock along the coastline near the Taranaki region on the western part of New Zealand's North Island. These locals informed the workers at the Museum of New Zealand Te Papa Tongarewa, the South Pacific nation's national museum headquartered in Wellington.

An Ancestor to the Modern Crested Penguins of New Zealand

Based on the fossilized remains, the researchers believed that E. atatu had mostly the same features as its modern descendants - red bills and yellow crests. Moreover, they noted in the report that E. atatu had a slightly smaller bill compared to the modern crested penguins. This difference suggested that the earlier penguin had another primary food source compared to their modern counterparts.

RELATED: Penguins Can Shoot Their Poop Cannons with a Trajectory of Over Four Feet

They noted that New Zealand is widely considered as a global hotspot for seabird diversity. Owing to its abundant and varied food sources, the South Pacific nation attracts seabirds and migratory birds from different parts of the world. Researchers expressed hope that the Pliocene crested penguin will help define the timeframe of how crown penguins started existing in the New Zealand ecosystem.

See the modern crested penguin in action, from a video taken from the Snares Islands south of New Zealand: