In the history of viruses, herd immunity had protected communities from several diseases such as Polio, Tetanus, and the Influenza flu due to vaccines. However, Dr. Anthony Fauci said that with coronavirus, herd immunity would only be possible after a massive death toll around the world.

Herd immunity occurs when the majority of the populations contain viral antibodies and become resistant to disease since the virus had already spread. Although not all individuals would be immune to coronavirus, the rate of infection would drop significantly.

The people who contract the disease make up the threshold proportion. However, herd immunity would only be achieved if about 70 to 90 percent of the population gets infected with the coronavirus. If everyone contracted COVID-19, although most may be asymptomatic, explained Fauci, "a lot of people are going to die."

Unlike other diseases before with effective vaccines, achieving herd immunity seems impossible. By June, when Italy became the world's epicenter, Bergamo was one of the provinces that were near herd immunity, where almost 60 percent of the population was infected, according to Italy's National Institute of Statistics. At the time, 30 percent of the cases were medical staff.

In the United States, the obesity epidemic causing hypertension and diabetes only complicates the concept of Covid-19 herd immunity. Even with an available vaccine, several reports have stated that antibody protection is not likely to work on people with obesity. The resulting death toll would be "totally unacceptable," said Fauci.

Raz Shaikh from the University of North Carolina-Chapel Hill predicts that the virus won't be effective against those with obesity because the condition hinders the body's immune system. Scientists have observed this problem with the influenza vaccine, where the immune system's inflammation response stays on due to high blood pressure and blood sugar levels due to obesity. According to Mayo Clinic's Vaccine Research Group, "the suboptimal vaccine-induced immune responses observed in the obese population cannot be ignored."

Moreover, scientists haven't determined if recovered patients have achieved immunity. Hospitals and clinics are already overwhelmed around the world, and having a high percentage of the global population infected with COVID-19 is just not ideal. 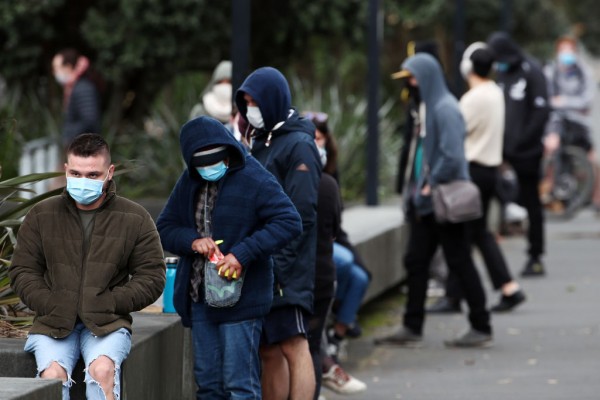 READ MORE: Dr. Fauci Says He Could Settle for a COVID-19 Vaccine That's 75% Effective - Here's Why

For now, the United States is still far from even a 50 percent immunity of the whole population. Currently, the country has around 5,228,000 confirmed cases and over 160,000 deaths. There has been a steady rate of about 1,000 deaths per day since summer began.

Most of the COVID-19 cases had been in coastal states such as New York, California, and Florida but is currently moving Midwest into rural regions. Since lockdown restrictions have been lifted, the highest number of infections have come from bars, restaurants, and house parties.

Predictions of the death toll in the United States are anticipated to be in the 180,000s to 200,000s by September as flu season arrives, according to the new forecast by the Centers for Disease Control and Prevention.

READ NEXT: Coronavirus Will Persist Until 70% of the World's Population is Infected, an Expert Predicts