OxyContin maker Purdue Pharma is being sued by 49 states claiming it owes them $2.15 trillion due to the drug maker's alleged role in the country's opioid epidemic. They have stated their accusation in new filings of pushing the prescription drug to doctors and patients while playing down the drug's risk of overdose and abuse.

In September 2019, Purdue Pharma filed for bankruptcy from facing 2,600 lawsuits from 49 states and various territories of the U.S. for its alleged role in the opioid crisis.

Since then, they have tried to resolve these lawsuits with only the Oklahoma State not involved in the lawsuit filed on August 17 because of its settled litigation with the drug company in 2019.

California and New York, two of the most populous states in the country, are asking for $192 billion and $165 billion from the drugmaker. 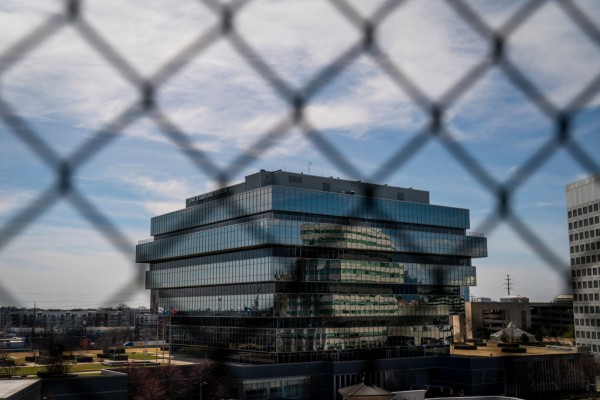 (Photo: Drew Angerer/Getty Images)
STAMFORD, CT - APRIL 2: Purdue Pharma headquarters stands in downtown Stamford, April 2, 2019, in Stamford, Connecticut. Purdue Pharma, the maker of OxyContin, and its owners, the Sackler family, are facing hundreds of lawsuits across the country for the company's alleged role in the opioid epidemic that has killed more than 200,000 Americans over the past 20 years.

Purdue Pharma denied all allegations and pledged to aid in the fight against the opioid epidemic by providing addiction treatment medications and overdose reversal drugs that are under development.

The company's spokesperson and executive director of media relations, Michael Sharp, said that Purdue has successfully concluded one of its most noticing campaigns in chapter 11 history and is now working on emerging from bankruptcy by dealing with the lawsuits.

Aside from the lawsuits from the states, Purdue is also facing claims from the U.S. Department of Justice with an amount of $18 billion. Federal prosecutors claimed that the drugmaker contributed to the false allegations against the federal healthcare insurance programs allowing physicians to prescribe medically unnecessary opioids tainted by illegal kickbacks.

Furthermore, a person knowledgeable in the matter said that the Justice Department also claims that Purdue may also face penalties from allegations that it violated the U.S. Food, Drug and Cosmetic Act, and the federal conspiracy and anti-kickback laws.

It was in 1775 when opium became available in the United States. They were primarily used to treat soldiers during the civil war in the 1880s. However, several of them became addicted, and so under the Harrison Narcotics Act in 1914, the use of opioids was regulated.

In the 1970s, the stigma of opioid addiction led doctors to perform surgical operations instead of prescribing opioids for painkillers. But in the 1980s and 1990s, opioids began to be prescribed again on patients suffering from chronic disease.

Prescription opioids are often given to patients after surgery or to treat moderate-to-severe pain or as a treatment for cancer patients. But the number of overdose opioids since 2017 has increased by 4 percent. The overdose death rate has grown to 142 per day.

The lawsuits against Purdue Pharma is just one example of efforts the government is subduing the ongoing opioid epidemic that caused the deaths of thousands of people from overdoses.

Check out more news and information on Opioid Addiction and other drugs on Science Times.