The Story Between Carrots and Night Vision

One of the enduring myths surrounding carrots is whether they can give you night vision. While the answer, sadly, remains no, there is a fascinating World War II story about its origins - and a grain of truth to the tale.

The story of eating carrots, rich in Vitamin A, to help develop people see in the dark is propaganda first propagated by a group of civil servants from England from the early 1940s. From an unpopular "poor man's vegetable" on the verge of going to waste to sustaining Britain and keeping the secret to their aerial superiority, carrots and British people have gone a long way together. 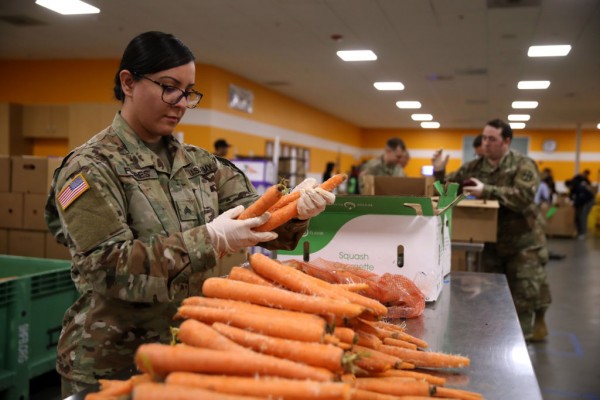 Carrots In the Second World War

Ten months after World War II erupted, France fell to Germany in June 1940. With its surprising speed and aggression, most of Europe was already under German occupation. A month later, Adolf Hitler, the Fuhrer himself, issued Directive No. 16 - announcing its plans to invade England. Britain was left separated from the rest of its empire, surrounded by invaders and its waters filled with U-boats, German submarines of the time.

The only thing that seemed to be going from the isolated territory was its weather, favorable for growing vegetables - carrots among them. However, the orange vegetable was not held in high regard; it was not a favorite among the population.

"Carrots were never a very popular vegetable before World War II," said John Stolarczyk, curator of the World Carrot Museum, in an interview with Live Science. "It was considered a poor man's vegetable."

Stolarczyk added that the production of the vegetable increased by 300%. He added that it was made possible through the government's effort of growing a badly needed food source that risked wastage due to public attitude. The World Carrot Museum curator noted that the British government "extensively promoted carrots" - locally available and free from risks of sea attacks.

It later prompted Winston Churchill, Prime Minister of the United Kingdom at the time, to employ a white lie in order to attain these goals. Propaganda was scattered, claiming that the carrot helps in getting "night sight." Carrots were even credited as the key to the Royal Air Force (RAF) attaining effectiveness during dark, nighttime missions. With this, the British concealed their new technology: radio detection and ranging, or radar.

But, Will Vitamin A Give You "Night Sight?"

Dr. Emily Chew, deputy clinical director at the National Eye Institute, explained the importance of vitamin A in a 2014 interview with Scientific American. While carrots are far from giving anyone night vision, they are still beneficial for improving eye health. Carrots are rich in beta-carotene and lutein, which are antioxidants that help the body produce vitamin A.

In turn, vitamin A helps the eye in converting light into signals transmitted to the brain, which are then interpreted as visual information. This process then helps people see, even in conditions with low or poor lighting.

Lack of vitamin A can also lead to blindness if left unattended. Vitamin A deficiency can cause Bitot's spots - the build-up of keratin in the eyes associated with the drying of the cornea.

Check out more news and information on Eye Health on Science Times.