An Asteroid Is Moving Towards Earth on Election Day Eve

An asteroid first discovered back in 2018 is projected to move close to Earth on November 2, the day before the US Presidential Vote.

According to NASA's Center for Near Earth Objects Studies (CNEOS), the asteroid officially designated as "2018 VP1" might come close to the planet, with probabilities of making an impact at 0.41 percent, or 1 in 240. Forbes notes that 2018 VP1 might get closer to Earth than the moon and perhaps the artificial satellites surrounding the planet. 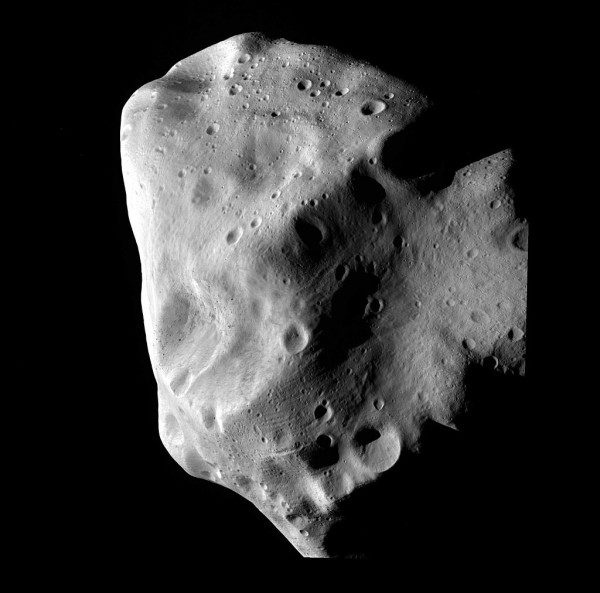 (Photo: Photo by ESA 2010 MPS for OSIRIS Team via Getty Images)
IN SPACE - JULY 10: This handout image provided by the European Space Agency, transmitted by the spacecraft Rosetta, shows the asteroid Lutetia at closest approach July 10, 2010, between Mars and Jupiter in outer space.

The second most likely asteroid to strike Earth is 2018 VP1. A tiny little thing, it is estimated to be just 2.4 m in diameter and has a (relatively) high chance of striking Earth in November this year of 1 in 193 #SpaceCare#PlanetaryDefence pic.twitter.com/fYI9Dk3mXt — ESA Operations (@esaoperations) June 28, 2020

The asteroid 2018 VP1 was first discovered back on November 3, 2018, using the Zwicky Transient Facility survey at the Palomar Observatory. At the time of discovery, the near Earth body was 0.003 astronomical unit (AU), or about 280,000 miles away from Earth.

As a transient body, it only has a 12.9 observation arc, disappearing from view and has not been observed again. During its transient, it was measured to have a diameter of 0.002 km (2 meters), or 6.5 feet.

NASA previously included in its report that there are three potential impact scenarios. The space administration used the data gathered from 21 observations of the asteroid in its 12.9-day observation arc.

Aside from the relatively low chances of impact, at 0.41 percent, its size has led the researchers to believe that it poses virtually no threat. In the event 2018 VIP1 enters the atmosphere, it will most likely form a bolide - an extremely bright meteor due, comparable to the full moon, and usually explodes into small pieces.

Because of its small size, it was not listed as a potentially hazardous object (PHO) - the generalized term for any near Earth object usually a comet or an asteroid whose orbit is close enough to cause significant damage in the event of an impact.

In rating the potential hazard of an asteroid impact, astronomers use a logarithmic scale. Formally known as the Palermo Technical Impact Hazard Scale, this computation standard combines the probability that the asteroid will make an impact and its "estimated kinetic yield," creating a single hazard estimate. In using this scale, a hazard value of +2 is considered two orders of magnitude, or 100 times, greater than random background events. On the other hand, a hazard value of -2 or less denotes events with almost negligible consequences. Values in between -2 and 0 are cases that require "careful monitoring."

RELATED: Most Explosive Meteor Impact: 1908 Tunguska Explosion Caused by Iron Asteroid That Entered Earth Then Bounced Back to Space

A 2019 study from the University of Toronto revealed that the asteroid impacts on both Earth and the Moon have increased by two to three times from 290 million years ago. While previous theories assumed that fewer craters were an indication of erosion covering previous ones, their comparative study between the two bodies suggest that there were only fewer asteroid impacts back then.

With help from the NASA Lunar Reconnaissance Orbiter (LRO), researchers were able to compile a list of lunar craters dated to be less than a billion years old. The craters were dated through the LRO's Diviner Instrument, measuring the residual heat from the Moon's surface. This dataset was later compared to Earth's craters, finding that both bodies record the same collision history.

Check out for more news and information on Asteroids on Science Times.