Bee stings typically cause painful swelling to the infected area due to venom. The venom or apitoxin has numerous compounds, enzymes, and amino acids that can be used to treat several health conditions.

Medical uses for bee venom have been traced back to the Ancient Egyptians, in Europe and Asia. The Greek physician Hippocrates used bee stings to treat arthritis and other joint pain. Other healers have used the venom for other conditions such as skin rashes. 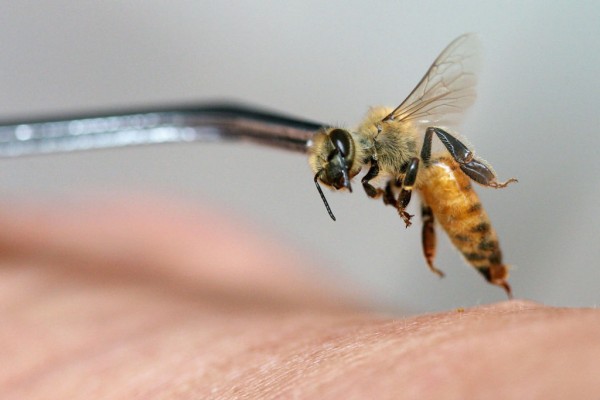 Today, the venom enzymes have been found to have anti-inflammatory properties as well as ease pain and help heal wounds. There had also been several therapies involving immune system conditions such as eczema, rheumatoid arthritis, and even neurological diseases like Alzheimer's. Here are three types of been sting venom therapy:

A small study with 50 volunteers participated in an experiment for bee venom as therapy for skin lesions. Half of the patients with psoriasis had weekly injections of apitoxin while the rest received a placebo. After 3 months of bee sting venom therapy, patients had significantly reduced levels of inflammatory blood markers and psoriasis plaques.

Acupuncture is a part of traditional Chinese medicine that deals with the pain by inserting thin needles into parts of the skin. This form of therapy is known to help with stress, reduce pain, and overall wellness.

Similarly, apipuncture is a type of acupuncture that includes diluted bee venom. Another small study involved 16 patients with central post-stroke pain. Receiving regular apipuncture resulted in reduced levels of pain in all the patients.

Another study involving apipuncture involved patients with Parkinson's disease. The combination of acupuncture and bee venom helped improve their motor control, how they walked, and other daily activities.

A combination of physical therapy and apipuncture was also experimented in treating frozen shoulder. Frozen shoulder can occur while recovering from an injury, a broken arm, or even a stroke. Participants from a study in 2014 shared that bee venom treatment helped ease the pain with their condition.

Another third study involved patients with arthritis, who commonly had stiff, swollen, and tender joints. Bee venom acupuncture helped reduce the pain of the patients as well and helped improve their quality of life.

Read Also: Science Behind Spikes, Needles, and Other Pointy Things: Strength, Elasticity Identified As Important Factors in a New Study

According to Allure Beauty Box, bee venom is nature's Botox that can give an 'organic facelift.' Dermatologist Jeannette Graf shared that melittin, one of the venom's active compounds, boosts the immune system. The venom is also anaphylactic which relaxes facial muscles while improving blood circulation and resulting in tighter and smoother skin.

Beauty companies have incorporated bee venom in products such as plumping and firming masks, face cream, skin-calming cream, and serums. Most of these products also contain honey, which has numerous healing properties as well.

However, there are several risks of using apitoxin such as bee sting allergies, which could be deadly for those with severe allergies. Also, the side effects of the venom could be dizziness, pain, palpitations, and anxiety. Before trying bee venom therapy, you should first consult a physician before treatment.