Sleeping in Space: Microgravity Changes the Sleep Structure of Astronauts in Space

Getting a good night's sleep is a problem for some people. How much more if you are in space? That is what the astronauts stationed in the Mir space station have realized.

They found out that they are getting lesser sleep, more wakefulness, and their whole sleep structure is in a mess while in microgravity. But how could this be? 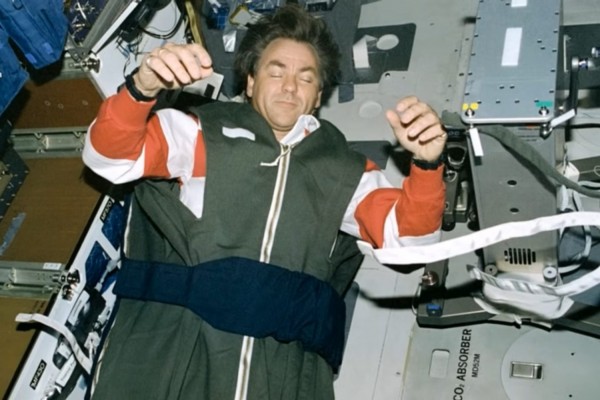 Decreases in Sleep Efficiency in Space

In a previous study conducted by scientists from NASA Ames Research Center, Harvard Medical School, and Harvard College, they found that astronauts sleep less while in space than on Earth.

They studied the sleeping patterns of four cosmonauts and one astronaut before, during, and after their space mission. Their preliminary results suggest that they only sleep for 5.7 hours while in space, a much shorter time than they are on Earth, which could last for 6.7 hours.

That also means that they spent more time being awake in bed, which leads to a 17.7% sleep efficiency reduction.

Moreover, the researchers found that the non-REM and REM sleep patterns of the cosmonauts and astronaut have decreased by 14.1% for non-REM and 25.8% for REM. It takes about 90 minutes for them to reach the REM stage, which is 1.5 times longer than they were on Earth.

But with the exception of the decrease in the amount of sleep and increase time it takes them to sleep, most of their sleep patterns across the inflight space appears to be stable.

Harvard College undergraduate researcher and lead author Oliver Piltch said that there were marked shifts in the sleep patterns compared to baseline which evolved throughout the space mission.

Their findings were also consistent with previous studies on sleep continuity and found that sleep efficiency decreases during spaceflight missions.

Their study contributes to the understanding of sleep patterns I space to better equip astronauts for success in long-duration flights such as a trip to Mars or the Moon.

Read Also: Analysis of 24,000 Dreams Suggests That They Are a Continuation of Real-Life Events

How Can Sleep Changes Affect Health?

While in space, astronauts need sufficient and good sleep quality to ensure normal physical and mental health to work properly. They usually have on-orbit sleeping problems, and it could influence their health and safety while on their mission.

The researchers noted in their study that the sleep changes induced by the extreme environmental conditions during a spaceflight mission could also reveal the same changes by the more moderate conditions on Earth.

Moreover, their research supports previous studies that claim that sleep patterns can adapt to different environments. It also points out that sleep deficits that astronauts or cosmonauts are facing while working around the clock while in space provides evidence for the danger of stress and shift-work schedules for humans.

Sleeping in space has become a new field of interest in the medical field. Various researchers have been looking for ways to counter sleeping problems such as pharmacologic interventions, crew selection and training, and light treatment. Others have also considered using traditional Chinese Medicine as a countermeasure.

Read More: Can You Recover Lost Sleep on Weekdays by Oversleeping Over the Weekends?