Concept Submarine May Explore Titan's Seas by the 2030s

For decades, scientists have been building satellites and rovers to explore stars, moons, planets, and other cosmic bodies in space. Currently, researchers are conceptualizing the first submarine that will be sent to explore seas from other worlds by the 2030s. 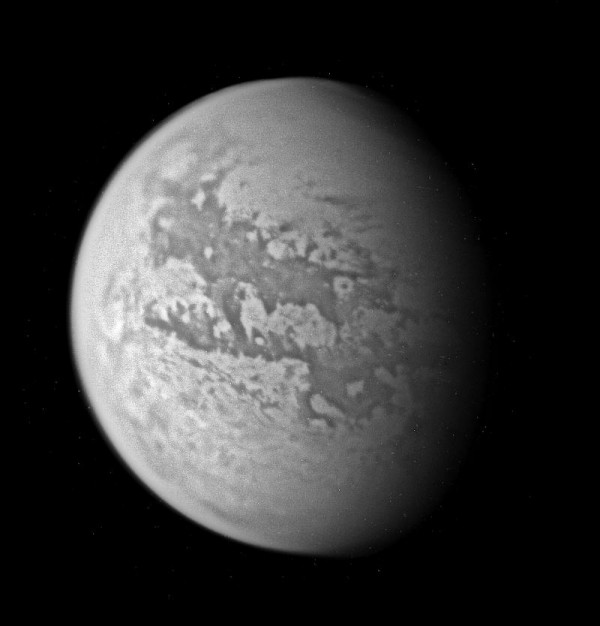 When the Mars 2020 Perseverance Rover was launched in July, it was accompanied by the first helicopter, Ingenuity, to travel and to space. Ingenuity's mission is to complete the first-ever flight commands of an experimental aircraft on another planet, on Mars, by 2021. It will explore the land and skies of Mars.

Steven Oleson of NASA's Glenn Research Center and his team had passed the first two rounds of the NASA Innovative Advanced Concepts (NIAC) program in 2014 and 2015 for their concept but didn't make it to the final round. His team's goal was to create a basic blueprint of a potential submarine to explore Titan, Saturn's largest moon.

Titan is filled with bodies of liquid hydrocarbons or seas and lakes made of ethane and methane. In 2004, the NASA/ESA Cassini-Huygens mission began studying Saturn and its moons up until 2017. NASA's Cassini Saturn orbiter and the Huygens lander had gathered most of the information that scientists know today about Titan's surface.

Currently, NASA is working on Dragonfly, a drone that will explore Titan's chemical makeup and help determine if the moon is habitable. The Titan mission is set to launch by 2026 and land on the moon by 2034.

During Oleson's presentation of his team's submarine concept, he wondered about the kind of technologies necessary and the uniqueness of Titan's environment. Titan's makeup is quite complex. It is the second-largest moon in the Solar System and has a gravitational pull that is only 14 percent of the force on Earth.

WOW: Ingenuity: The First Helicopter To Fly on Mars | Watch the Broadcast

This means that a submarine on Titan would be moving against lighter pressure than one on Earth. Also, since Titan's seas and lakes are made of liquid hydrocarbons, it is slightly different from moving through water. Oleson explained that radio signals could easily travel through Titan's bodies of water and could probably send and receive communication directly from Earth depending on the architectural design.

The sub's instruments would theoretically only be for analyzing the planet's chemical makeup and include cameras, a weather station, and tools to analyze liquid and other physical samples. Oleson's team also had a previous concept of a boat instead of a submarine, but would not be able to gather as much scientific data. "We're losing out on science, just from the fact that we can't submerge and do a lot of these tests," Oleson said about the boat concept. His team hopes that NASA will support and approve of their concept.

Check out more news and information on Saturn and NASA on Science Times.