COVID-19 may be transmitted when singing a Happy birthday song, according to a new study. Aerosol scientists from Lund University in Sweden had studied singers singing different songs and the number of particles they emit when they sing. They have examined its impact on the transmission of COVID-19.

They ask the 12 healthy singers and two people with COVID-19 to sing into a funnel to understand the number of virus particles emitted when singing. The results show that singing loud and consonant-rich songs, such as the Happy Birthday song, spread a lot of droplets that could mix in the air.

The researchers noted that wearing a mask, practicing social distancing, and good ventilation decreases the risk of getting infected from singing.

According to existing guidelines, people should be washing their hands as long as two Happy Birthday songs as it is the perfect amount of time to make sure that pathogens are completely removed. 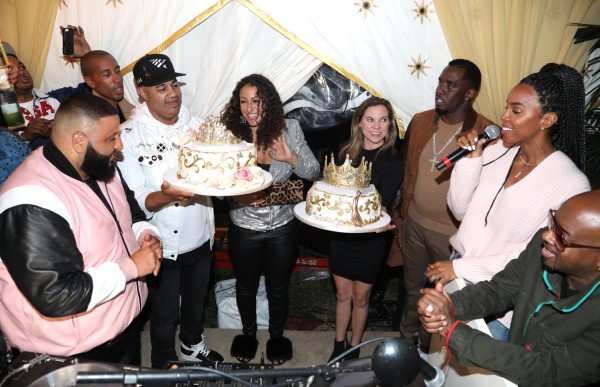 The researchers said that the idea of their study came from the reports about the connection of choirs singing and the transmission of COVID-19. Ever since then, different restrictions have been introduced worldwide to make singing safer, says Jakob Löndahl, an associate professor of Aerosol Technology and one of the study authors.

However, there has been no scientific investigation of how much aerosol particles and larger droplets are inhaled when someone sings. Co-author Malin Alsved, a doctoral student, said that some aerosols are large that they only move a few decimeters from the mouth, and some are smaller, which hovers in the air for several minutes.

That being said, understanding the risks involved in a group singing will give clues on how a COVID-19 super spreader event is created.

According to the researchers, singing does not have to be silenced as there are ways to prevent COVID-19 from spreading. They recommend practicing the health guidelines set by the government and health officials, such as social distancing, good hygiene, and proper ventilation to reduce the concentration of aerosol particles in the air.

They added that wearing face masks can also make a difference in preventing and reducing droplets that are possibly infected from spreading. Löndahl said that when singers wear face masks, it catches most of the aerosols and droplets and brings down its level comparable to ordinary speech.

Read Also: Loud Talking Can Spread More than 1,000 Coronavirus Particles in the Air for 14 Minutes: Study

Singing Happy Birthday has the Greatest Risk of COVID-19 Transmission

The study, published in the journal Aerosol Science and Technology, said that the enunciation of consonants releases very large particles, particularly when pronouncing the letters "B" and "P."

The researchers asked the singers to wear clean air suits and enter a specially built chamber with filtered, particle-free air. The researchers then analyzed the number and mass of aerosols emitted by each singer during the experiment in which they are asked to do the breathing, talking various singing styles, and singing with a face mask.

The singers sang a short Swedish song full of B's and P's: Bibbis pippi Petter. The song was repeated 12 times within two minutes at a consistent pitch.

Then the song was repeated but now without the consonants. The researchers said that the songs with several consonants are risky to sing as they generate more droplets, particularly those songs with lots of "B" and "P" sounds have the greatest risk of transmitting COVID-19 if ever an infected person sings.

Moreover, the researchers said that they measured the aerosols using lamps and high-speed camera and a special instrument that can measure very small aerosols.

They also discovered that the louder a singer sings, the greater the concentration of aerosols and droplets are in the air. They also noted that aerosols from a person with COVID-19 may still pose a risk of infection when singing.