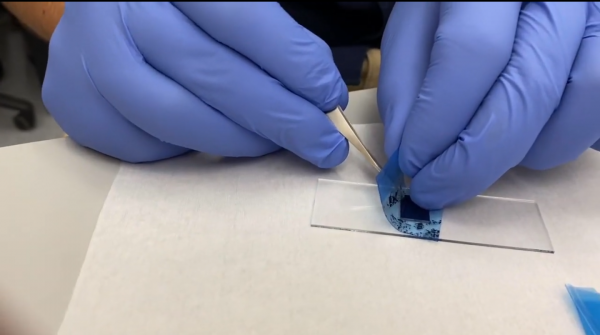 The collaborative study was published in the journal Nano Letters by the University of Basel, the University of Budapest, and the National Institute for Material Science in Tsukuba, Japan. The instrument is one of the smallest SQUID ever created.

Professor Christian Schönenberger from the University of Basel and the team connected two graphene Josephson junctions using nanotubes, nanowires, and other nanomaterials. Inside the tiny structures is a layer of insulating boron nitride. Since typically-sized SQUIDs have a superconducting ring between two points called weak links, the researchers used graphene to connect the two superconductors.

The instrument is only about 10 nanometers in size or about 1/1000 the width of a strand of hair. It can trigger the flow of supercurrents or electric current that flows without losing energy over time, in small spaces.

The device is complex since it has six layers of stacked, individual 2D materials, said David Indolese from the University of Basel. 'If two superconducting contacts are connected to this sandwich,' it acts like other superconducting quantum interference devices and can 'detect extremely weak magnetic fields.'

Using the Device for Various Fields of Research

Compared to regular SQUID, the new device contains parallel layers of graphene as its weak links and are stacked on top of the other instead of being place side by side. The resulting device 'has a very small surface area, limited only by the constraints of nanofabrication technology,' explained Dr. Paritosh Karnatak from the University of Basel.

When the distance between the weak points is adjusted, its sensitivity changes. Using electrical fields, signal strength can be increased so that measurements made by the device can be more accurate.

One of the goals in developing the device was for topology, a type of mathematical study. The outer edge of topological insulators conducts current, which can be potentially used to develop electronics. The newly developed SQUID can determine whether these lossless supercurrents are due to a material's topological properties, and thereby "distinguish them from non-topological materials," said Schönenberger.

The SQUID can have multiple uses in scientific research and medicine as well. Since the device can detect faint magnetic fields, it can be used to monitor heart or brain activity. With earth sciences, the device can help researchers detect groundwater flows or analyze rock composition.

Check out more news and information on Graphene on Science Times.