German authorities have reported a confirmed case of African swine fever (ASF) in Brandenburg. A dead wild boar had traces of the deadly disease near the border of Poland. 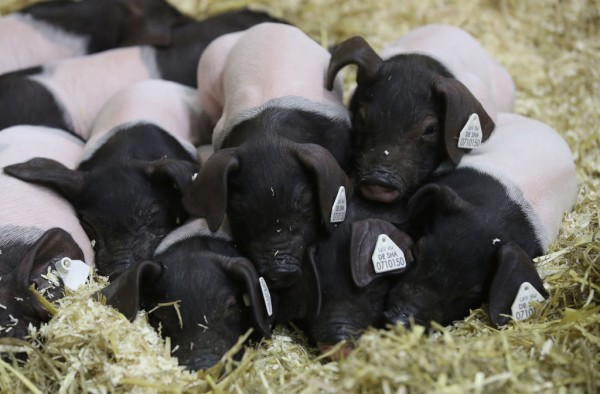 African swine fever is a viral disease that can affect both wild and domestic pigs. Although they are not contagious to humans, the disease can cause large losses for the pork industry.

The country's animal health institute has tested nearby areas and will try to restrict areas to prevent the disease from spreading. The disease is a threat to Germany's hog exports with China as its key buyer.

Investigations of the flu began late last year when cases were reported in Poland. There had also been other cases reported in Belgium since 2018. There have been temporary electric fences along the German-Polish border to prevent possibly infected wild board from crossing over.

The reported case of ASF adds further complications to how Germany is coping with economic problems due to the pandemic. It has been predicted that the economy will not recover until early next year.

In late June, Germany had to reimpose lockdown after more than 1,500 employees from a meatpacking plant tested positive for coronavirus. Several reports confirmed that physical distancing in factory settings is difficult. Factories, especially meatpacking companies, also have environments favorable for the virus.

The Tönnie plant that was shut down processed about 20,000 pigs per day. At the time, Gereon Schulze Althoff from the company said that the Covid-19 pandemic was "far from over and that Tönnies, just like other meatpackers, may easily have to deal with another outbreak."

Similar cases were found in slaughterhouses as well all over Europe and the United States. Recently, coronavirus infections were linked to the fish and food packaging industry as well.

Authorities shared that after the case of ASF was confirmed. All pork exports will be temporarily on hold. This may largely disrupt Germany's pig market.

Julia Kloeckner, Germany's Agriculture Minister, shared that China had been informed of the ASF outbreak. China imports more than 50 percent of EU pork exports between January and June. China also imports pork from the United States.

Rupert Claxton, Meat Director from Gira, said that they expect ASF "to continue to creep across Germany. Once it's in wild boar in the forests there, it can be very difficult to control."

For now, pork products and livestock shipments from Brandenburg, especially near the outbreak area, have been banned. Hunters have also been ordered to cull wild boars in the area. Experts have predicted that the disease may spread to more wild pigs since there is no vaccine for ASF yet and is easily spread via direct contact.

In Poland, more than 80 cases of the disease were reported from domestic pig farms. The European Commission estimated that there are about 3,000 confirmed cases of African swine fever in the country, with the majority of cases found in wild boar.

Check out more news and information on Swine Flu on Science Times.