VLA15 May be the First Vaccine Against Lyme Disease

Valneva, a France-based biotech company, is currently developing a drug that has the potential to treat Lyme disease. Called VLA15, the drug is in phase two of trials and the company is already planning for phase three. 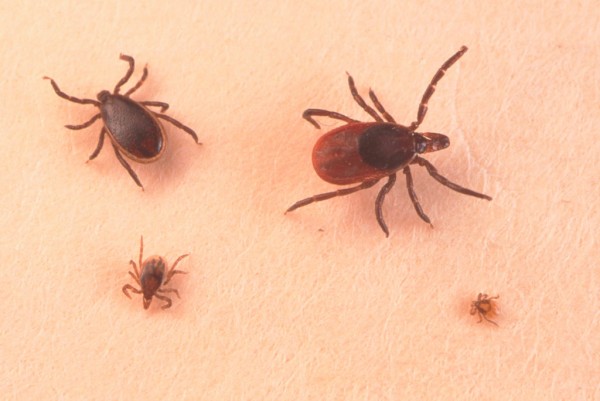 According to the Centers for Disease Control and Prevention (CDC), nearly 300,000 people in the United States and 200,000 Europeans are diagnosed with the disease every year. Lyme disease is caused commonly by the bacterium Borrelia burgdorferi and on rare occasions, the Borrelia mayonii. The illness is contracted via infected black-legged tick bites.

Early symptoms of the disease include fatigue, fever, headache, and erythema migrans, a type of skin rash. When left untreated, the infection can cause complications in the heart and joints, as well as affect the nervous system. Diagnosing Lyme disease follows confirmation of physical symptoms.

Just this week, comedian Amy Schumer announced on her Instagram account that she's been battling Lyme disease for the past few years. She is currently taking the antibiotic doxycycline as well as Lyme-2, an herbal formula from Cape Cod.

Valneva hopes that their VLA15 will become an effective treatment for the disease soon. The specialty vaccine company had already developed two commercial vaccines to treat Japanese encephalitis with IXIARO®/JESPECT® and a vaccine called DUKORAL® for cholera and diarrhea caused by Enterotoxigenic Escherichia coli (ETEC).

The company is also developing vaccines to treat Lyme disease, coronavirus, and chikungunya which is a mosquito-borne illness. 'VLA15 is the only active Lyme disease vaccine in clinical development today and covers six serotypes that are prevalent in North America and Europe,' shared the company.

Phase one of the trials was completed in July 2017 and results showed that the drug passed safety requirements and demonstrated strong immunogenicity after mice were tested with four different Borrelia species. It has since been granted the Fast Track designation by the Food and Drug Administration (FDA).

'This investigational multivalent protein subunit vaccine targets the outer surface protein A (OspA) of Borrelia, an established mechanism of action for a Lyme disease vaccine,' explained Valneva. The OspA protein is a dominant surface protein the bacteria expresses in an infected tick.

In phase two, the drug is being evaluated for pediatric and adult indications in the United States, Canada, United Kingdom, Austria, and Sweden. The company aims to determine the optimal dosage level of VLA15 for effective treatment.

Valneva had also collaborated with Pfizer in developing the drug for commercialization this April. Pfizer will fund one-third of development costs until the program is complete.

Pfizer's 'outstanding development and commercial capabilities' makes them the best partner in developing the Lyme disease vaccine, said Valneva CEO Thomas Lingelbach 'Our team is thrilled about the prospect of working with such a successful partner.'

Lyme disease has increased its disease footprint and has a medical need for vaccination. Phase two of trials or VLA15-202, which involved 246 participants, will be completed by this year or early next year.

Check out more news and information on Lyme Disease on Science Times.