The Department of Public Health (DPH)  in the state of Connecticut has issued a warning for dangerous bacteria in the shores of the Long Island Sound following an increase in infections, Saturday, September 12.

The public health warning was issued after a total of five cases - one in July and four in August - of a rare and possibly fatal vibrio vulnificus infection. According to the state DPH, the victims were from the counties of New Haven (3 victims), Middlesex (1), and Fairfield (1). 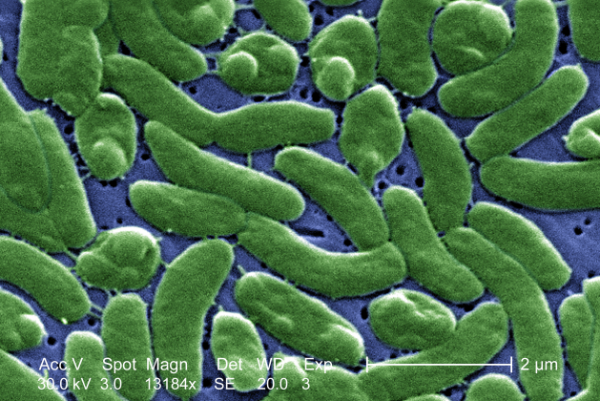 The bacteria that cause these infections, Vibrio vulnificus, can be found in salt and brackish (mix of salt and fresh) waters such as those found along the shores of Long Island Sound. According to the Centers for Disease Control and Prevention (CDC), vibrio vulnificus can also enter the human body through an open wound that comes in contact with salt water or brackish water, as well as with raw or undercooked seafood.

RELATED: Tuna Steaks Recalled Due To The Hepatitis A Virus Contamination

Vibrio vulnificus can cause life-threatening diseases that lead to hospitalization, even causing limb amputation or death in every one out of five cases. However, this kind of infection, according to health experts, is extremely rare. In fact, in the last decade between 2010 and 2019, only seven cases were recorded in The Constitution State.

"The identification of these five cases over two months is very concerning. This suggests the Vibrio bacteria may be present in salt or brackish water in or near Long Island Sound, and people should take precautions," said Dr. Matthew Carter, top epidemiologist for the Connecticut DPH, in a report published by NBC Connecticut.

In the warning, DPH experts explained that once the bacteria enter the body through open wounds, the vibrio vulnificus can infect the bloodstream and cause septicemia or blood poisoning usually through bacteria and toxins. The CDC also adds that some infections could lead to necrotizing fasciitis - a severe case of infection that causes the flesh around the open wound to necrotize or die.

The most common symptoms of vibrio vulnificus infection include watery diarrhea usually with stomach cramps, nausea, vomiting, and fever. In the event of septicemia, symptoms include a severe drop in blood pressure, chills, fever, and in some cases, blistering skin lesions.

Also, people the elderly and people with weakened immune systems - such as people suffering from liver diseases or those taking medicine that inhibits the body's ability to defend itself - are at more risk of contracting the infection.

Why is vibrio vulnificus so bad for people with liver disease?

The answer could blow your mind!

To avoid risks of getting vibrio vulnificus infection, the best preventive measure is to stay out of saltwater or brackish waters especially if you have open wounds: coming from recent surgery, having received a body piercing, or getting a tattoo. This includes wading along the shallow waters.

People are also encouraged to cover their open wounds with a waterproof bandage if it is inevitable having contact with possibly infested waters, as well as raw or undercooked seafood and their juices. Officials from the Connecticut DPH note this possibility in relation to everyday activities like swimming, fishing, or walking.

Another reminder is to thoroughly wash cuts and wounds with soap and water immediately after contact with the waters or with raw or uncooked seafood.