Reward Systems: Why Social Media Is So Addicting

Studies show that around 4.8 million users of social media spend nearly four hours on their phones every day. That is one-quarter of a person's waking life, and much of that time is spent on apps like Facebook, Instagram, Twitter, and many other popular apps. It's as if social media addiction has become a thing in this generation.

Even Silicon Valley CEOs have begun speaking out against some of these apps that they themselves helped create. This includes Facebook's former vice president for user growth, Chamath Palihapitiya, who said that he feels tremendous guilt as he thinks they have created tools that are ripping apart the society.

Additionally, Apple's CEO, Tim Cook, will not allow his nephew to have an account on any social media sites as he knows the danger of the technology. 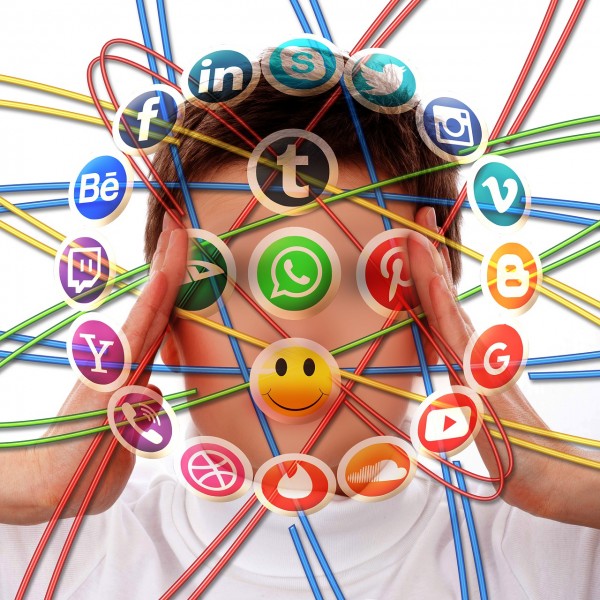 Social media platforms, such as Facebook, are free to use. Of course, that is true for an average user because Facebook's customers are the advertisers who pay Facebook for the user's attention.

The more a person spends time on Facebook, the more opportunity there is for showing ads. The same mechanics goes for other social media apps like Instagram, Youtube, and Twitter. That also means that people voluntarily provide usage data for every minute spent on social media apps.

Facebook former product manager Antonio Garcia Martinez wrote on his memoir, Chaos Monkeys, that Facebook has become "the regulator of the biggest accumulation of data since DNA." These data include a person's income, credit history, outstanding loans, credit limits, and purchases made.

The fact that Facebook itself has shared success stories of various companies that have used Facebook's capacity to analyze and make predictions out of the data they collected means they can target specific groups of customers to make the company's marketing more effective.

READ: Pros and Cons of Using Social Media and Its Impact on Academic Performance

The level of data collection of social media apps explains why they want to capture the attention of their users as long and as frequently as possible. This trick is borrowed from casinos and slot machines in which they manipulate the brain chemistry, which causes social media addiction.

The act of dragging down the screen to refresh is the same as pulling the lever on a slot machine. According to psychology, these intermittent reinforcements is what hooks people in using social media. People would hope to see something exciting waiting (reward) as they continue to scroll down, but that reward is unpredictable, which keeps the person coming back for more, just as how addiction works.

These social media apps have changed the chemicals in the brain, affecting its reward system. Dopamine, a neurotransmitter, is released when the person is rewarded or when behavior is pleasurable.

It serves as an essential part of the evolution as it is released the eating or having coitus. However, dopamine is not for rational thinking as it does not distinguish what habits are useful and what are not. When they are released because of wrong behavior, it could create a habit that could lead to addiction.

Indeed, these social media designs are excellent for profit but could be damaging for the mental health. Studies have linked social media addiction to sleep deprivation, loneliness, anxiety, and depression, especially in teens.

But there's no need to uninstall these apps from the phone, especially if it helps a person in some ways. People have to learn how to use it in moderation by limiting the times and number of hours they check their social media accounts, talking to people personally instead of using phones, avoiding social media use when with friends and family.

Lastly, try to work with a professional addiction counselor to help in overcoming social media addiction.

IN CASE YOU MISSED IT: The Social Dilemma: Netflix Explores Social Media Ethics and Effects on Mental Health

Check out more news and information on Social Media on Science Times.