Phosphine in the Atmosphere of Venus Could be Sign of Life

Possible signs of life on Venus have experts on two sides of a controversy. Traces of phosphine, or pnictogen hydride, a deadly gas, have been traced in the planet's cloud decks.

Researchers from the United States, the United Kingdom, and Japan published their findings in the journal Nature Astronomy. 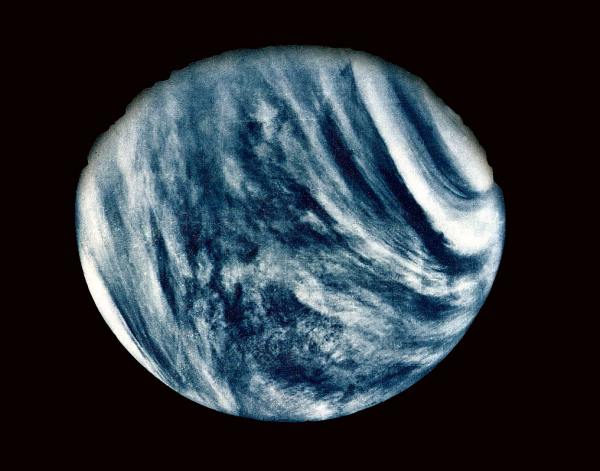 Previous research has determined that phosphine is the product of either photochemistry or organic matter. It is "a promising sign of life," according to the study authors. The explosive gas is highly flammable, has no color, but has an odor likened to garlic or fish.

The deadly gas is currently used as a fumigant in agriculture, as an insecticide for tobacco, grains, and animal feed. It also has several uses in the semiconductor and plastics industries and is a byproduct of methamphetamine laboratories.

During World War I, it was used as a chemical weapon. It occurs in nature and in the Earth's atmosphere; some species of anaerobic bacteria make phosphine, typically an oxidized form of phosphorus, from environments that lack oxygen such as marshlands, landfills, and animal guts.

When Clara Sousa-Silve from Massachusetts Institute of Technology (MIT) first identified the gas, she presumed it was a mistake, but hoped that her discovery would be a potential biosignature. The team continues to determine if the gas is a false signal from data processing or telescopes or if it is a real gas signature.

To make a comparison, the team proposed a 'toy model' experiment to compare the amount of phosphine in Venus' atmosphere compared to the gas created naturally on Earth. They analyzed the data on Venus' atmosphere from the James Clerk Maxwell Telescope and determined a detectable amount of the gas on the planet's cloud deck.

There were two possible theories for the presence of phosphine in the Venusian atmosphere. Either some form of life may have linked hydrogen and phosphorus atoms together, or via chemical reactions.

However, there is a big difference between the surface and the cloud decks on Venus. The surface is much like Earth's with a rocky surface and may have had similar ecosystems as well. On the other hand, humans would not be able to survive the large amounts of carbon dioxide in the atmosphere or the clouds made of sulfuric acid.

The team also reported that traces of phosphine in Venus was "completely unexpected for an oxidized atmosphere." Typically, compounds with oxygen would dominate over hydrogen-containing compounds, the authors wrote as they reviewed every possible scenario for the presence of the gas. If the detection is confirmed, noted the study, the presence of phosphene 'is not robust evidence for life, only for anomalous and unexplained chemistry.'

In the 1990s, David Grinspoon from the Planetary Science Institute had hypothesized that the composition of Venus' clouds might have signs of life. But his ideas were resisted by other experts 'mostly because it's such a harshly acidic environment,' he shared.

Check out more news and information on Venus on Science Times.