Scientists have successfully created pigs, cattle, and goats that act as surrogate sires, male animals that produce sperm that carry only the traits of the donor animal. The study was published on September 14 on the Proceedings of the National Academy of Sciences.

The researchers believe that this advance in technology could help spread desirable characteristics in livestock and ultimately improve food production, especially with the world's growing population.

Moreover, it will also help those in remote regions to have better access to the genetic material of animals with desirable traits from other parts of the world and enable precision in animal breeding where it is difficult to use artificial insemination. 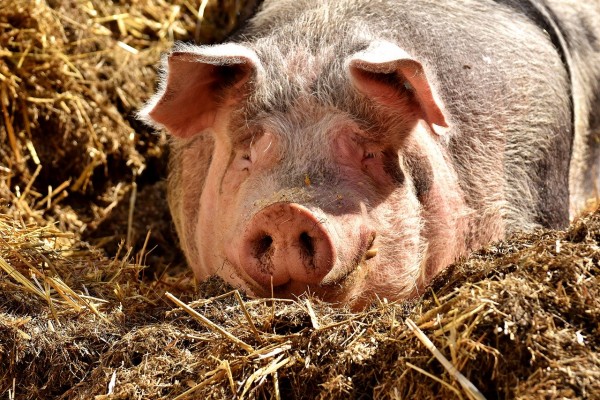 The team of researchers used a gene-editing tool called CRISPR-Cas9 to destroy a gene-specific to male fertility in the animal embryos, which would lead them to become surrogate sires. These animals are sterile when they are born but eventually become fertile as researchers transplanted stem cells from donor animals into their testes.

Using the CRISPR-Cas9, the researchers were able to produce cattle, goats, pigs, and mice that do not have a gene called NANOS2, making the animals infertile when they were born but otherwise healthy, which allows them to produce sperm from the donor's cells.

These surrogate mice fathered healthy offspring that carry the genes of the donor mice. But the larger animals have not yet bred, and the researchers at Oatley's lab are refining the stem cell transplantation process before going to that step.

Professor Bruce Whitelaw of the Roslin Institute said that their research provides powerful proof that this technology is real and can be used. It is just a matter of time to figure out how best to use it productively to feed the world's growing population.

The surrogate technology the researchers developed could solve problems encountered when using artificial insemination since the genetic material from the donor is delivered naturally. This allows animals to interact normally on the range or field.

Additionally, donors and surrogate sires need not be near each other since either frozen donor sperm or the surrogate sire can be shipped to different places. This technology has great potential to aid in the food supply, especially in developing countries where herders still rely on selective breeding in improving their stock.

The researchers said that this technology could allow faster dissemination of certain traits in goats, such as better meat quality, greater heat tolerance, and disease resistance.

This technology could also open new options for the genetic conservation of endangered species.

The new technology is very promising, but now its benefits can be realized if there are no changes in the current government regulations and public perception.

Despite being advanced enough for commercialization, surrogate sires cannot be used to help in the world's food supply because of the current regulations, even if the offspring is not genetically modified. It is the people's misperception that gene editing is similar to the controversial genetically modified organisms.

However, the two concepts differ because gene editing involves making changes within a species that could happen naturally and does not need DNA from other species.

The researchers believe that there are still so many things outside the laboratory to work out so that the surrogate sire technology can be used. They said that by working with policymakers and the public, they could assure that the technology does not carry health risks, unlike the other methods.

Check out more news and information on Genetically Modified Organisms on Science Times.