Magnetotactic Bacteria May Explain Unique Behaviors in Some Animals

Animals have a type of 'sixth' sense that researchers describe as 'a sense without a receptor.' Scientists have recently associated this mysterious sense with a unique type of organism called magnetotactic bacteria. 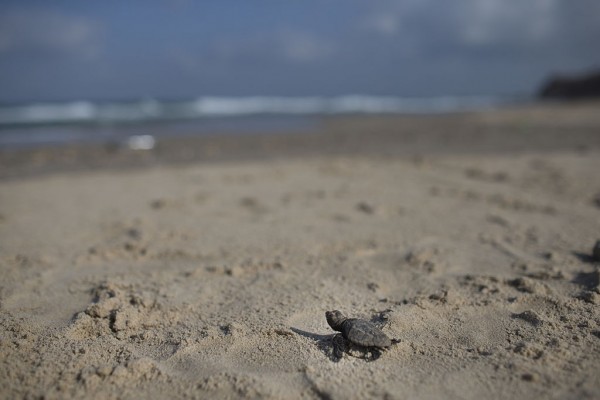 Researchers from Israel, the United States, and the United Kingdom published their study in the Philosophical Transactions of the Royal Society B journal of Biological Sciences. Their findings are new evidence to support the symbiotic magnetic-sensing hypothesis.

Magnetotactic bacteria move according to the geomagnetic field lines of the Earth, such as the north and south poles. This may explain why migratory birds can sense which way is south or north and newborn sea turtles sensing where the ocean is.

Migratory animals also find clues in the stars and the position of the sun in various seasons. 'The search for a mechanism has been proposed as one of the last major frontiers in sensory biology and described as if we are 'searching for a needle in a haystack,'' explained Robert Fitak from the University of Central Florida's Department of Biology.

Understanding how organisms are influenced by the Earth's magnetic fields may help people with navigation purposes. For example, protecting biodiversity could mean modifying powerlines and its effect on various species. In the medical field, understanding the magnetic symbiotic relationship could help develop new therapies that use magnetism.

Fitak and his team went through the Metagenomic Rapid Annotations using the Subsystems Technology database to search for the genetic data of microbes. It was in the database that he found magnetotactic bacteria within animal samples.

He explained that previous studies have only looked for patterns of bacteria phyla that existed or lacked in animals in general. Researchers do not typically look for a specific microbe species.

'The presence of these magnetotactic bacteria had been largely overlooked, or 'lost in the mud' amongst the massive scale of these datasets," said Fitak. This is the first time that the specific bacteria were found in animals including Atlantic right whales, fish, lobsters, penguins, and bats.

They found that the species Candidatus Magnetobacterium bavaricum were associated with sea creatures such as loggerhead sea turtles and penguins. Mammal species like brown bats and whales were more commonly associated with Magnetospirillum and Magnetococcus microbes.

The team has yet to determine exactly where the magnetotactic bacteria live in animals. Most likely, he explained, they would reside in tissue within the nervous system such as the brain or the eyes.

Currently, Fitak is working with other scientists to create a genetic test for the magnetotactic bacteria. Then, they will screen different animal species and tissues to learn more about the unique microbes.

His previous research involved identifying genes within fish and lobsters that had a magnetic sense or magnetoreception. The team wants to conduct further research and gather more evidence before conclusions in supporting the symbiotic magnetic-sensing hypothesis.

READ NOW: Researchers Control Bacteria by Switching Lights On and Off

Check out more news and information on Bacteria on Science Times.