A new study from Germany published on September 17 claims that radiation from mobile phones contributes to the dramatic decline in the population of insects in much of the European countries these recent years.

According to previous reports, the global average of the insect population shows a significant decline, mainly pertaining to land insects, which has seen a 0.92 percent drop in population over the past 75 years.

Now, a new study has presented a possible cause of the drop in the population of the insects aside from common reasons like the use of pesticides. 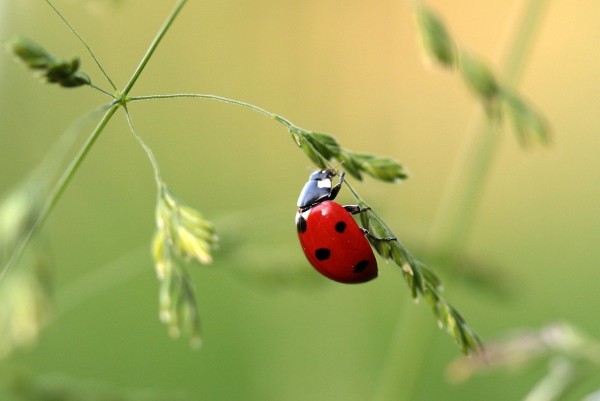 According to a yet to be peer reviewed study presented in Stuttgart, aside from pesticides, increased exposure to electromagnetic radiation of insects has an adverse effect on their population.

Germany's Nature and Biodiversity Conservation Union (NABU) collaborated with two non-government organizations (NGO) and a group from Germany and Luxembourg to analyze 190 scientific studies. Only 83 studies were deemed scientifically relevant, and 72 of these showed that radiation has a negative effect on flies, bees, and wasps.

Electromagnetic radiation has caused a reduction in the ability of insects to navigate because radiation causes a disturbance on the magnetic fields and damage to the genetic material of larvae.

Radiation from mobile phones and Wi-Fi has also made insects absorb more calcium ions because it has opened the calcium channels in certain cells. According to the study, this triggers a biochemical chain reaction on the insects, disrupting their circadian rhythms and immune system function.

Johannes Enssle, head of NABU in the state of Baden-Wuerttemberg, said that scientists should keep their eyes open in all directions when analyzing the dramatic drop of the populations of insects.

Besides, this topic is most uncomfortable for many people because it interferes with their daily habits and mobile communication technology is a powerful economic business.

Now with the introduction of 5G technology, Peter Hensinger of Diagnose Funk, a German consumer protection organization, said that closer attention must be paid to the possible adverse effects of radiation not only to humans but to animals as well.

It is expected that with the new 5G technology, connectivity will be 100 times faster than the current 4G networks. However, 5G technology has been met with various criticisms and opposition from different groups, especially those in the environmental protection sectors.

READ: Butterflies and Other Land Insects Could See Dramatic Population Decline Over the Next 30 Years: Study

5G Effects on Humans and Animals

5G technology is being introduced around the world and is expected to exceed the features of the current 4G technology. A study by Professor Andrew Wood and his Swinburne team has provided the basis for international discussions on the safety and regulation of the 5G technology that has become controversial since it was first introduced.

Wood and his team believe that the primary biological effect of electromagnetic radiation from mobile phones is the rise in the temperature, although there are also concerns that long-term exposure could lead to cancer.

According to Wood, the depth of penetration into biological tissues goes down as the frequency goes up, making the eyes and skin the principal organs of health concerns.

But the team also acknowledges the reward of 5G technology, noting that both risks and rewards shall be balanced so that those in needy communities will also benefit. Moving forward, their team is planning to continue to model the biological effects of 5G electromagnetic radiation.

Check out more news and information on Entomology on Science Times.