Rocket Lab on the Track For Its First US Launch

Rocket Lab, the aeronautics company headquartered in California, is wrapping up preparations for its first launch from American soil.

The aerospace manufacturer, originally founded in New Zealand before establishing its office in the US, has already accomplished 14 mission launches from its Launch Complex 1, which is located near Ahuriri Point, at the southern edge of Mahia Peninsula, New Zealand. 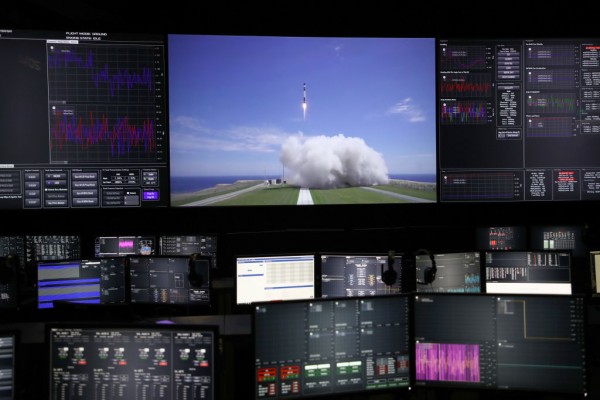 Soon to Launch Space Missions from US Soil

Recently, it has just finished its "wet dress rehearsal" - a test procedure involving the loading of liquid propellant components like liquid hydrogen and liquid oxygen - from its Launch Complex 2 site, near NASA's Wallops Flight Facility in Wallops Island, Virginia.

During the wet dress rehearsal, Rocket Lab's Electron booster was carried to the LC-2's newly-built launch pad, raised vertically, and loaded with a liquid propellant that includes high-grade kerosene and liquid oxygen. Mission managers conducted a simulated countdown, down to zero, to see if all associated procedures will commence in compliance with timing plans.

The Rocket Lab statement also clarified that before a launch window is assigned for their first US-launched mission, NASA will first conduct its final development and certification of their Autonomous Flight Termination System (AFTS) software for the mission. The NASA AFTS, according to its Flight Opportunities webpage, is an independent subsystem for the agency's range safety operations. Using Global Positioning System (GPS) and Inertial Navigation System (INS), it can create flight termination decisions without human intervention. Basically, in the event the rocket swerves off course, the AFTS can issue a termination command to the launch vehicle.

Together with its New Zealand-based LC-1, Rocket Lab can now support more than 130 launch opportunities annually. The company statement emphasizes that their two launch sites, in diverse geographic locations, offer Rocket Lab an "unrivaled level of redundancy" and can assure space flight access regardless of disruption to any of its sites.

Aside from the successful wet dress rehearsal, the company is also looking at the nearing completion of its Rocket Lab Integration and Control Facility (ICF), also within the Wallops Research Park, located next to NASA Wallops Flight Facility Main Base. The upcoming Rocket Lab facility will include a launch control center, payload integration facilities, as well as a vehicle integration department that will support the aerospace manufacturing company's capabilities for ramping up it's processing of Electron vehicles.

The company is also already authorized by the US Federal Aviation Administration (FAA) to conduct space missions from US Soil. Rocket Lab's Electron missions in LC-2 are now allowed under the five-year Launch Operator License granted to the company. With the FAA Launch Operator License, Rocket Lab can conduct multiple launches from its Virginia site without having to file separate permit requests for each of its missions, streamlining its processes and reducing its mission lead times.

Among the space missions lined up for the Electron launch vehicles is a NASA lunar orbit mission in support of the Artemis mission.

Check out more news and information on Rocket Lab in Science Times.