The Physics of Throwing a Football 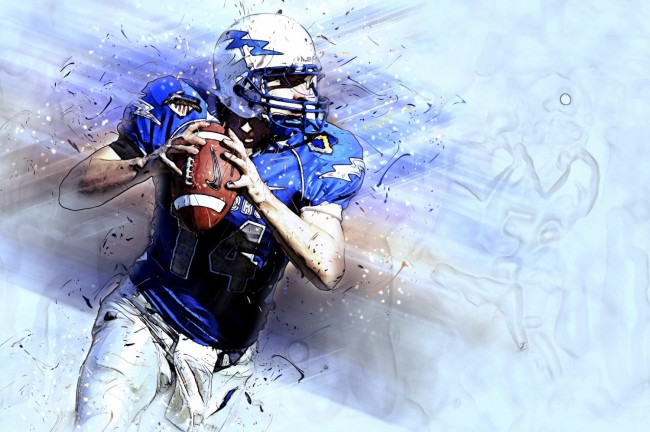 Whenever there is a discussion about the best way to throw a football, people will often focus on the grip, the footwork, and even the arm motion before release. What you may not hear as much is the physics involved.

According to www.lines.com understanding the physics of throwing a football is important if you want to take your throwing skills to the next level. Several factors come into play such as aerodynamics, the distance, and the forces involved.

The Aerodynamics of the Football

The football no doubt has a unique shape. Many have compared it to an egg made of leather with stitches and then inflated with air.

The football has two sharp points and one broad central section. When throwing the football, you will need to take all these into account.

But there is also another factor that is key to gaining distance in a throw. It's called the spin. The more the football spins, the more it can penetrate the air and thus travel faster and further. Your throw should therefore incorporate the spin.

Whenever you throw a football, there is always one constant in your mind and that is the distance you need the ball to cover.

Newton's law of gravity states that for every action, there is an equal and opposite reaction. This is the reason why during short throws, there is little loft as well as a small arc on the ball.

However, during long passes, the thrower will often be looking at the highest point of the arc where he intends to throw the football so it can also curve back down due to gravity and cover the distance.

Another crucial factor to keep in mind when throwing a football is the circumference. Footballs have varying circumferences depending on the league with youth league footballs having less circumference than collegiate and professional leagues.

And the more air that a football can hold the further it can travel after a throw. It will require more force to throw a football with a smaller circumference the same distance as you would throw one with a larger circumference.

Newton's laws of motion and gravity, as well as physics, have a lot to do with throwing a football and affect almost every aspect of the throw. From holding the football in your hands to taking aim, calculating the distance, and releasing the ball with a spin all while considering the loft and arc. A player can significantly improve their throw by understanding the physics involved.