Light Therapy May Be Effective Treatment for Traumatic Brain Injury

The findings of the new study have been published in the journal JAMA Network involving volunteers with moderate TBI. The team compared transcranial low-level light therapy (LLLT) to sham therapy or placebo treatment.

TBI is one of the most common traumatic injuries affecting over 60 million people around the world each year. Not many forms of treatment have been developed to treat TBI because much remains unknown about brain injuries. It is also challenging to conduct studies on patients in the acute stage of TBI.

Light therapy or phototherapy uses boxes that filter ultraviolet light which is harmful to the skin and eyes. For the study, the researchers used near-infrared (NIR) light 33 patients while 35 patients received sham therapy.

Out of the 28 patients that completed the light therapy, there were no reported adverse events. The researchers believe that the light stimulates mitochondrial light absorption, which sets off vascular and neuroprotective functions.

Dr. Rajiv Gupta shared that TBI became well known after the Gulf War in the Middle East, causing body armor developers to improve their designs. However, many soldiers still suffer from "brain injuries caused by the shock waves from high powered explosives."

Instead of a box typically used in light therapy, the team used a helmet specifically designed for this form of therapy. Dr. Rox Anderson said that for the study, they "designed a practical, near-infrared treatment based on Wellman Center research and working directly with DOD on the vexing problem of TBI, a condition faced by so many." 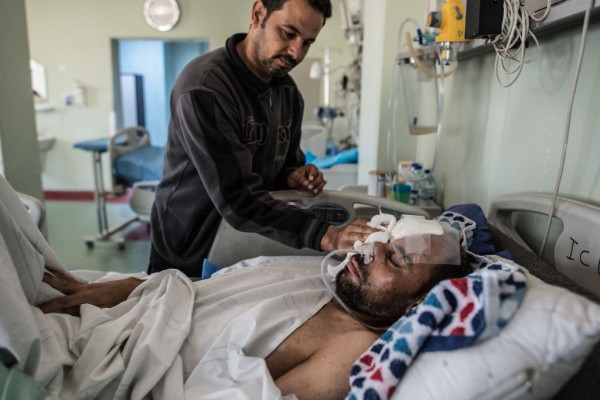 For the therapy to be successful, the team "optimize the wavelength, dosing, timing of delivery, and length of exposure," explained Dr. Lynn Drake. Previous applications for near-infrared LLLT include clinical trials of patients who suffered from a stroke and for musculoskeletal pain.

Using quantitative magnetic resonance imaging (MRI), the team tested the neuroreactivity of the patients. They also had a neurocognitive function assessment to measure how effective the near-infrared light therapy was.

Although the new therapy method is still in its early stages of development, they hope that further developments can treat different times of brain injuries such as repetitive head trauma typically associated with athletes and neurodegenerative diseases.

Check out more news and information on Brain Injury on Science Times.