Reduced Nitrogen Levels In the Atmosphere Does Not Mean Cleaner Air, Study Reveals

Ever since the nationwide lockdown in the United Kingdom in late March, a lot of human activity was put on hold for public safety. During the first 100 days of lockdown, a team from the University of Liverpool studied the air quality, measuring how much the lack of anthropogenic movement is associated with lower levels of air pollution.

The study was recently published in the journal Air Quality, Atmosphere & Health. The researchers analyzed data from the U.K. Met Office stations and official air-quality sensors from the Department for Environment, Food & Rural Affairs (DEFRA).

Results showed that nitrogen oxide levels were reduced by nearly 50 percent, but levels of sulfur dioxide more than doubled. The changes in air quality, wrote the authors, reveal the influence of low humidity and how nitrogen oxide interacts with multiple pollutants. They compared the air quality during lockdown to data from the past seven years. 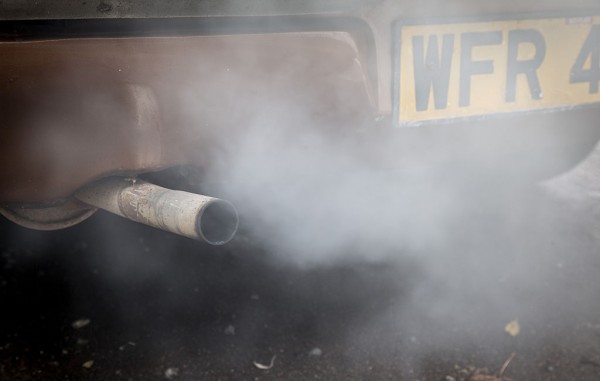 Reduced nitrogen dioxide levels were directly related to significantly less vehicle movement and emissions during the lockdown. On the other hand, sulfur dioxide results from the combustion of sulfur-containing fuel, such as oil or coal, usually from industrial activity.

Volatile organic compounds (VOC), or vapors from burned fuel, contribute to most of the air pollution around the globe. Previous studies have associated VOCs such as sulfur dioxide to respiratory problems. Air pollution has been linked to several cognitive disorders and diabetes, as well.

Although the lack of vehicle activity slightly improved air quality, 2020 also has the warmest temperatures due to climate change compared to the past seven years. Therefore, it may be possible that air pollution is relative to a higher temperature and lower humidity. As nitrogen oxide/dioxide levels decreased, oxygen levels or ozone (O3) increases.

While reducing nitrogen levels in the air is beneficial, ozone levels may exacerbate respiratory issues, a factor likely to enhance the probability of complications relating to COVID-19. On average, nitrogen dioxide levels were reduced between 37 to 41 percent.

After the lockdown was imposed, motor vehicle activity was reduced by two-thirds and dropped to around 23 percent by April. One hundred days after lockdown, increased vehicle activity resumed.

Dr. Jonny Highan said that their results were unexpected. "It is evident that the reduction in motor vehicles and human activity had a substantial impact on air quality, as demonstrated by the reduction in nitrogen oxide. However, although it reduced one pollutant, there has been a big increase in another pollutant."

Air chemistry is complex, says Dr. Highan, and the changes may have been triggered by an imbalance of air conditions like humidity levels and pollution concentrations. However, it is crucial how complex and relatively stable air composition in the near-surface layer can be disrupted in a short period by the sudden decrease of anthropogenic movement. In the U.K., a reduction of nitrogen levels in the atmosphere does not necessarily mean that people have cleaner air.