Flowers Adapt to Climate Change by Changing in Color

It seems that climate change is inevitable as it continues to affect the planet forcing animals and plants to adapt by expanding into new territory and shifting mating seasons. Plus, it also affects the beautiful colors of flowers.

A new study said that for the past 75 years, flowers are also adapting to the declining ozone layer and increasing temperatures by altering the UV pigments in their petals.

The UV pigments present in the flowers may not be visible to the human eye. Still, it attracts pollinators and serves as their natural sunscreen, says plant ecologist Matthew Koski of Clemson University. UV rays can also pose harm to plats, and the more UV-absorbing pigment it has, the less harmful radiation hits the sensitive cells. 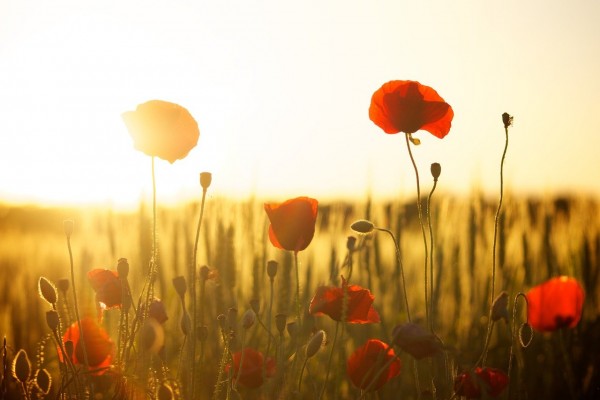 (Photo: Pixabay)
UV Pigment on Flowers Changed Over Time Due to Climate Change

Influence of climate change on the flowers' UV pigments

Koski and colleagues previously found that flowers exposed to high levels of UV radiation had more UV pigment in their petals. Most notably, those flowers that grow at higher elevations or close to the equator.

But they also wonder whether the damage to the ozone layer and rising temperatures, two factors affected by human activity, will also influence the UV pigments in the petals of the flowers.

To find out, the researchers examined plant collections from Australia, Europe, and North America back in 1941. They examined 42 species of flowers and reached a total of 1 238 flowers. They photographed these flowers at different times using a UV-sensitive camera that can capture the UV pigments and then watched these changes to the data on the temperature and local ozone level.

The results of the study, published this month in the journal Current Biology, showed that there is an increase of UV pigments of flower petals with an average of 2% every year from 1941 to 2017.

However, the changes varied based on the structure of the flower. For instance, flowers shaped like saucers and exposed pollen, such as buttercups, experienced an increase in UV pigments when the ozone layer decreased and then increased in locations where ozone went up.

But those flowers with concealed petals like the bladderwort have also decreased their UV pigment as the temperature rises regardless of whether the levels of the ozone layer changed.

The results may be surprising, but it also makes sense, says plant biologist Charles Davis at Harvard University, who is not part of the study. Flowers who hide their pollens protect it from harmful UV exposure, but at the same time, it also acts like a greenhouse that traps heat.

Davis added that when the pollen is exposed to higher temperatures, there is a possibility that the pollen will be cooked. This results in a reduced amount of UV pigments in the petals, which leads them to absorb lesser solar radiation, which brings down the temperature.

These UV pigment changes stand out among pollinators like bees and hummingbirds, although the human eye cannot see it. According to Koski, pollinators prefer flowers with a bull's eye pattern or those petals with UV-reflecting tips and UV-absorbing pigments near the center of the flower.

The scientists do not fully understand yet why but they think that it has something to d with the pollinators easily distinguishing the flowers from the UV-absorbing background of other plants.

Check out for more news and information on Flowers at Science Times.