Handwriting Over Keyboard Use Yields Best Learning and Memory on Kids

Handwriting training is important, especially on kids who are starting to learn how to write and read. Professor Audrey van der Meer of Norwegian University of Science and Technology (NTNU) believes that there should be a national guideline in place to ensure that children receive a minimum of handwriting training.

Previous studies show that children and adults learn and remember more when they write by hand. Now, a new study has confirmed it even further suggesting that handwriting over keyboard use yields best learning, memory and creativity on kids. 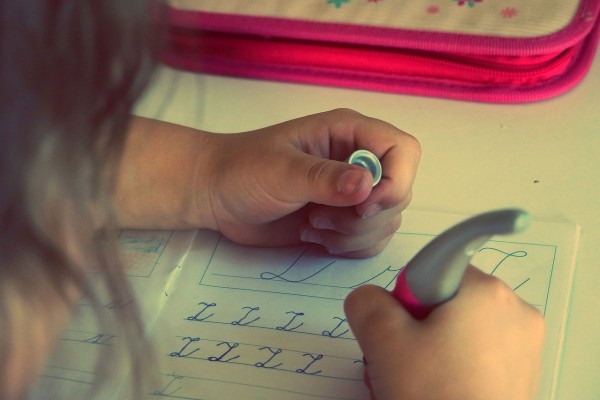 (Photo: Pixabay)
Handwriting Over Keyboard Use Yields Best Learning and Memory on Kids

Van der Meer and her colleagues examined how handwriting could affect the learning and memory of children in 2017 and repeated it this year. Three years ago, she investigated the brains of 20 students, while in 2020 her participants included 12 adults and 12 children.

Both studies were conducted using an EEG to track brain activity in which the participants were told to wear a hood with over 250 electrodes.

They found that the results are the same for both groups in which there are more electrical impulses in handwriting than when typing on a keyboard. Handwriting helps the brain to retain more memories than typing words.

According to Van der Meer, using pen and paper gives the brain more 'hooks' to hang the memories, and it creates much more activity in the sensorimotor parts of the brain. Seeing the letter or numbers, they write and hearing the sound it makes while writing activates a lot of senses by using pen and paper.

This sense of experience creates a connection between the brain and different parts of the body which opens the brain for learning. In that way, the child or adult learn better and remember better.

Van der Meer believes that studies like this emphasize the importance of children writing and drawing at an early age, whether at home or in school.

Today, typing, tapping, and screen time are a big part of everyone's lives, even in children. According to a survey conducted in different parts of Europe, Norwegian children spends the most tie online. That means their gadgets, such as tablets, phones, or computers, are always close to them.

The leisure time kids spent in front of their gadgets are now amplified by distance learning or online classes. Although this could benefit them in some ways, experts like Van der Meerstill urges handwriting training on kids.

Van der Meer said that the increased in digital activity, especially on kids, have risked one or more generations losing the ability to write by hand. She believes that there should be a national guideline in place that ensures children are receiving at least a minimum of handwriting training.

On the other hand, some teachers believe that typing creates lesser frustration among kids and make them write longer texts easier, and they become more motivated than writing by hand.

However, Van der Meer believes that handwriting is still important for children to learn no matter how tiring the phase of learning. It is beneficial for them to learn the intricate hand moves in writing letters or drawing figures, something that cannot be achieved when using the keyboard.

Handwriting allows the person to control fine motor skills and senses, which are important aspects of learning. She also said that the brain is shaped to take action and navigate appropriate behavior but to develop it in the best possible way. It should be used in things it is best like using all the senses and experiencing things outside through meeting new people.

If the brain is not challenged, it will not reach its full potential, which can impact not only school performance but the person as a whole.

Read More: Online vs. In-Person Classes: A Look Into Anxiety in Teens

Check out more news and information on Kids' Health on Science Times.