One of the largest influences that human activity has on ecosystems is the introduction of invasive species to different countries. Researchers from University College London have been keeping track of the movement of alien species to predict the future of biodiversity.

The new study was published in the journal Global Change Biology. They predict that by 2050, nearly 2,500 invasive plant and animal species will live in Europe.

The highest rates of invasive species are insects, birds, and arthropods, noted by the authors. About 2,500 new alien plant and animal species including the raccoon and American lobster, could arrive in Europe by 2050, a new study predicts. Between 2005 and 2050, there may be a 36% worldwide increase in invasive species globally.

Invasive Species in the U.K.

Introducing species such as the raccoon, which are native to North America, would leave a negative impact in the United Kingdom. Raccoons would become a predator to several animal species as its omnivorous diet includes insects, turtles, and bird eggs.

Species such as the grey squirrel, who were introduced from North America during the 1870s, have threatened the native red squirrel. As the larger squirrel and carrying of the squirrelpox virus, the red squirrel species have declined due to grey squirrels monopolizing food resources, dominating territories, and spreading disease. 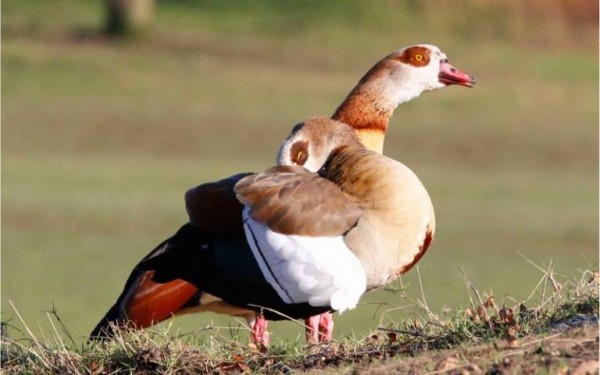 Blackburn also describes what harm the American lobster could bring to the UK. It can potentially interbreed with the U.K.'s native lobster, said Blackburn, which is "known to carry a bacterial disease known to be lethal to our native species."

If the African Sacred Ibis arrives, the alien bird species would prey on native birds and amphibians. this could lead to negative changes in biodiversity and even extinction of several species, said Blackburn.

Alien Species Around the Globe

To reduce the significant increase of invasive species, the researchers believe that international trade laws should regulate the movement of plants and animals. In 2005, scientists catalogued over 35,000 alien species around the globe.

In 2004, Professor Tim Blackburn and his team discovered that nearly 90 out of 500 alien species pose a threat to native species in the U.K. If biosecurity does not regulate invasive species, a few dozen more alien species are expected to arrive by 2050, he said.

Using a mathematical model, the team predicted how many non-native species may arrive by 2050. Factors for the model included historical trends as well as current trends of invasive species.

Globally, 1,200 alien species are expected to move to Africa, Asia, Australia, Europe, North America, and South America by 2050. Europe is expected to receive the highest number of invasive species at a 64% increase.

If international regulations became stricter, the flow of alien species could potentially slow down, said Dr. Hanno Seebens. If current trends continue, there may be a 120% increase of alien species in Asia by 2050.

Read Also: Only 10% of Canada's Endemic Species are 'Globally Secure' With the Rest Slowly Disappearing

Check out more news and information on Invasive Species on Science Times.